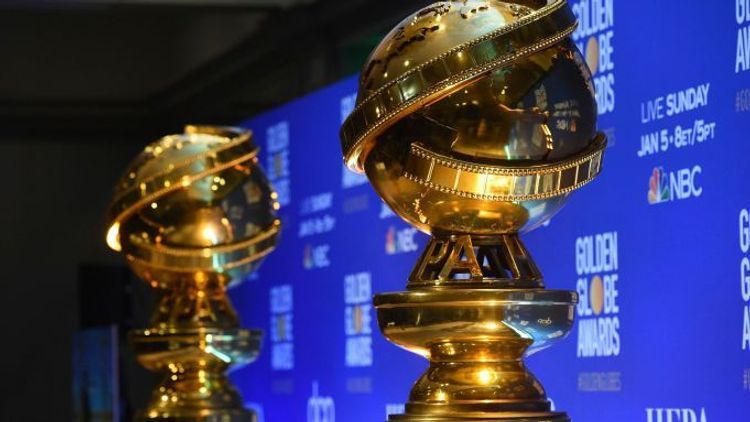 British stars have had a golden night at a Golden Globes where Australia's bushfires were the main talking point, APA reports citing BBC.

Once Upon a Time In Hollywood was the biggest winner overall, with Brad Pitt and Quentin Tarantino both recognised.

The event saw multiple mentions of the deadly fires in Australia, which have claimed at least 24 lives since they began in September.

Mendes was named best director for 1917, which went on to be crowned best film drama at the end of the Los Angeles ceremony.

"I really hoped this means people will turn up and see it on the big screen as intended," he said as he took to the stage with his film's cast and crew.

Welsh star Taron Egerton, named best actor in a musical or comedy for playing Sir Elton in Rocketman, said the film had been "the best experience of my life".

There was also success for Sir Elton and his songwriting partner Bernie Taupin, who won best film song for their Rocketman composition I'm Gonna Love Me Again.

Joaquin Phoenix was named best actor in a film drama for Joker, while Renee Zellweger won the female equivalent for playing Judy Garland in Judy.

The actress, who won her last Golden Globe in 2004, thanked the Hollywood Foreign Press Association (HFPA) for "inviting me back to the family reunion".

Phoenix used his own acceptance speech to exhort his fellow stars to "take responsibility and make changes".

"Contrary to popular belief I don't want to rock the boat, but the boat is [doomed]," said the actor.

"We don't have to take private jets to Palm Springs to the awards sometimes."

Awkwafina was the other winner in the main film acting categories, winning best actress in a musical or comedy for The Farewell.

Earlier in the evening, there were two awards for Fleabag as Waller-Bridge was named best actress in a TV series (musical or comedy).

As she collected her award, Waller-Bridge thanked her Irish co-star Andrew Scott for bringing "so much fire" to his role as the show's "Hot Priest".

Fleabag went on to be named best TV series (musical or comedy) at the star-studded ceremony.

Waller-Bridge used her second acceptance speech to thank former US president Barack Obama for recommending the BBC comedy in a recent tweet.

Colman, another of Waller-Bridge's Fleabag co-stars, said she had not expected to be recognised for her work in the third series of The Crown.

"I had money on this not happening," the British Oscar-winner admitted as she was named best actress in a drama series.

Claire Foy, Colman's predecessor on The Crown, also won a Golden Globe for playing The Queen in the Netflix drama.

Other British winners include Brian Cox, who was named best actor in a drama series for Succession.

Russell Crowe was another early winner, receiving the award for best actor in a limited series or motion picture made for television for The Loudest Voice.

The Australian actor was not at the ceremony, instead sending a message about the devastating bush fires ravaging his homeland.

"Make no mistake, the tragedy taking place in Australia is climate change-based," he said in a message read out by actress Jennifer Aniston.

Pierce Brosnan, whose sons Dylan and Paris are serving as this year's Golden Globe ambassadors, also sent a message of goodwill to those affected by the fires.

Cate Blanchett, meanwhile, paid tribute to the volunteer firefighters who are tackling the blazes.

Ricky Gervais, hosting the event for the fifth time, kicked off proceedings with a salty monologue that poked fun at James Corden, Martin Scorsese and others.

"I came here in a limo and the license plate was made by Felicity Huffman," he joked - a reference to the US star's recent jail term for her role in a university cheating scandal.

Yet the British comedian also took Hollywood's great and good to task for expressing political opinions while simultaneously accepting money from multinationals with questionable business practices.

"If you do win an award tonight, don't use it as a platform to make a political speech," he said. "You're in no position to lecture the public about anything."

The two-time Oscar winner was briefly moved to tears as he paid tribute to his ever-supportive family.

One notable upset came in the best animated film category, where stop-motion film Missing Link beat out such hit sequels as Frozen 2 and Toy Story 4.

There was no surprise, though, when perennial Globe favourite Laura Dern was named best supporting film actress for Marriage Story.

"Just being nominated with fellow international film-makers was a huge honour," said director Bong Joon-Ho in a speech delivered in his native Korean.

"Once you overcome the one-inch tall barrier of subtitles, you will be introduced to so many more amazing films," he went on to say via his translator.

The Jurassic Park star - who was Miss Golden Globe in 1982 - has won five Golden Globes for her film and TV work.

Dern's was the only award for Netflix's marital drama, which started the night with more nominations - six - than any other film.

Yet it was one more than Martin Scorsese's mob drama The Irishman, another Netflix production, which failed to make good on any of its five nominations.

The Globes is the biggest ceremony of the awards season outside of the Oscars and many of its award recipients traditionally go on to enjoy success at the later event.

Yet the way the HFPA has spread the riches offers few clues over what films and stars will win Academy Awards on 9 February. 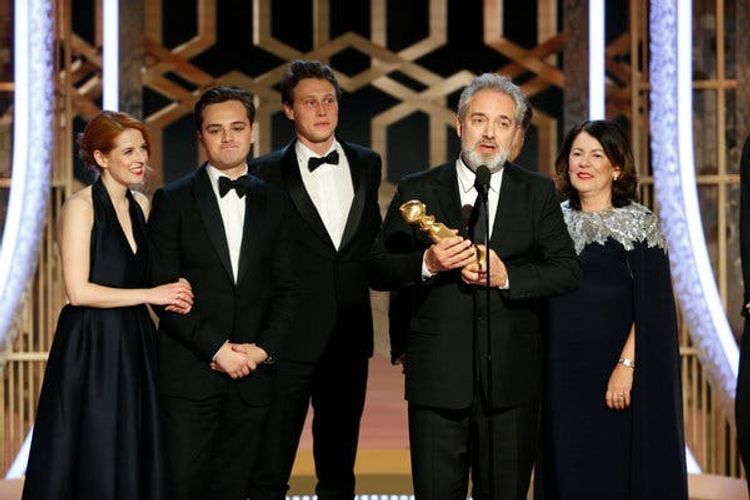 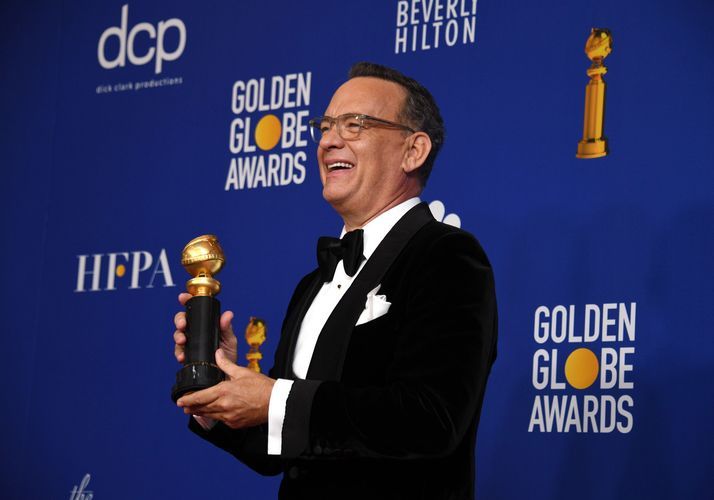 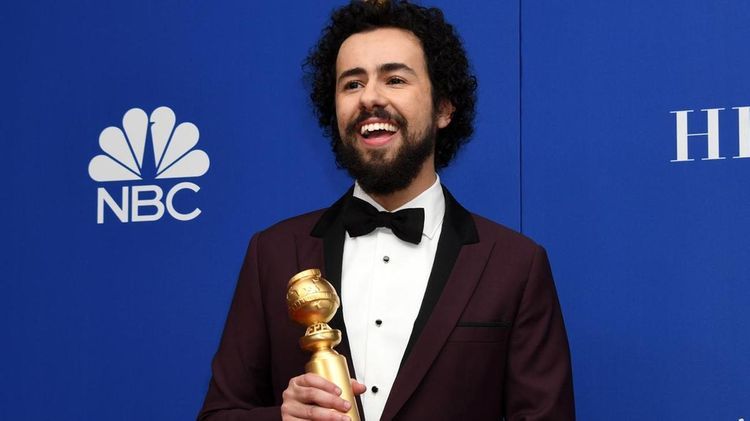 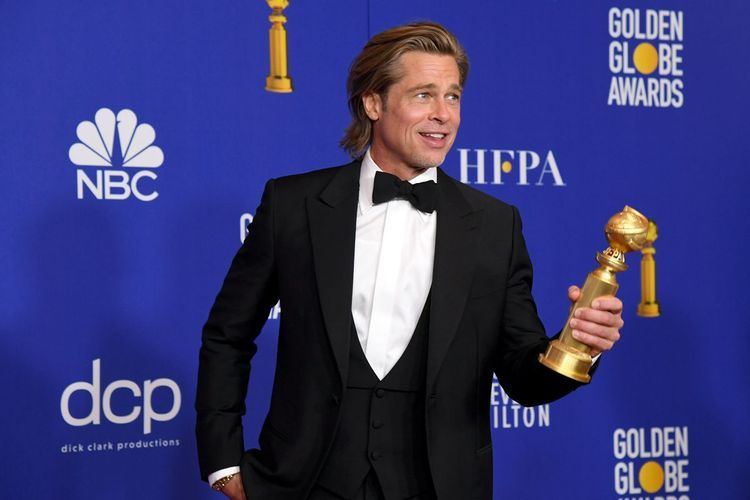 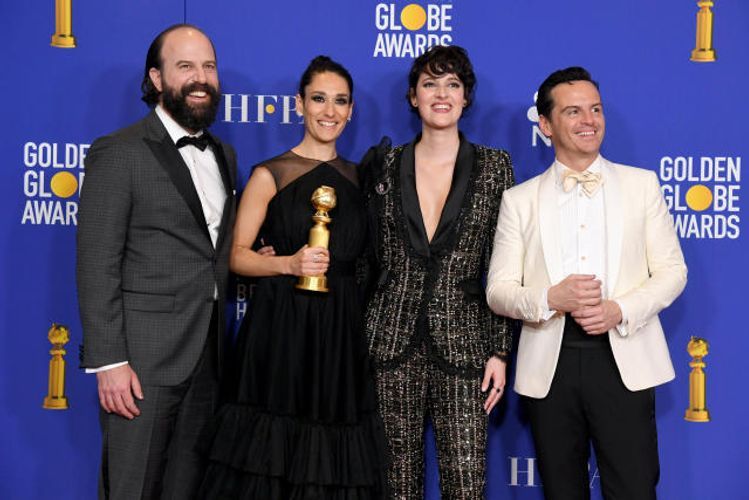