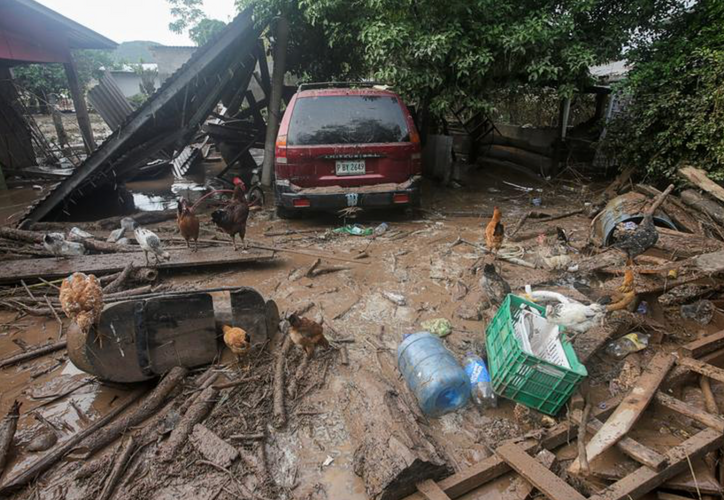 Many of the dead were buried in their homes in the remote village of Queja in the central region of Alta Verapaz, where around 150 houses were swallowed by mudslides, Guatemalan army spokesman Ruben Tellez said.

The area around Queja appeared to be the site of a huge landslide on a road pass a decade ago, which killed dozens, Tellez said.

“Now with all this phenomenon it collapsed again,” he added.

Photos of the Queja landslide showed a lengthy strip of brown mud peeled from the lush green hillside. A video shared by the army showed soldiers trying to get to Queja having to haul themselves through a morass of mud with the aid of a guide rope.

Footage from another part of Guatemala showed boats ferrying villagers in flooded regions and rescue workers carrying children on their backs, wading through water up to their hips.