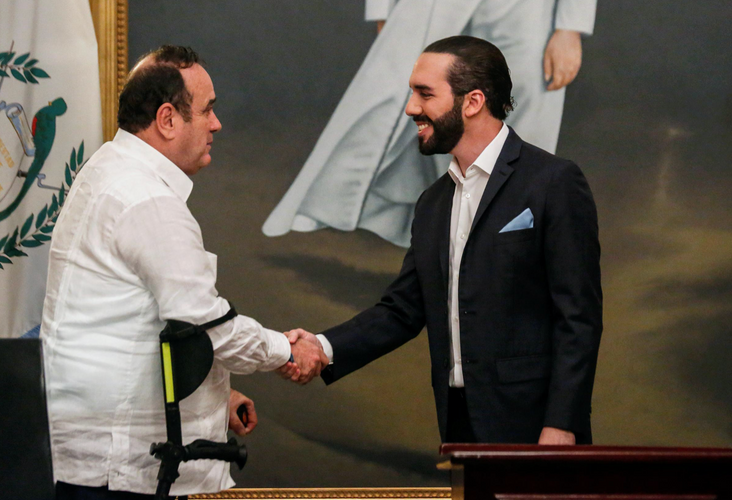 Giammattei, who took office in January, said the governments will work to develop a legal framework so that El Salvador can develop projects through a public-private partnership on the Guatemalan coast.

“We have offered El Salvador something unprecedented in the history of Central American integration, and today I want to announce it publicly because we are going to explore, as soon as possible, the possibility that El Salvador has a port in the Atlantic, in the Guatemalan Atlantic,” Giammattei said during a news conference at the Salvadoran presidential residence.

El Salvador, the smallest country in the isthmus, has a Pacific coast but no access to the Atlantic Ocean.

The two leaders met on Monday in the Salvadoran capital to announce that flight routes between the countries will be considered local in order to reduce costs and encourage tourism.

In addition, the presidents said that they are working to achieve the free movement of people across borders, harmonize customs and coordinate security plans to fight gangs and criminal groups operating in the region.

Salvadoran President Bukele said the governments will seek to invest in hotel construction and logistics centers in the Guatemalan Atlantic, in addition to boosting the flow of goods, without giving details.

“This is something historic, I can’t remember anything this great happening as far as Central American unity is concerned,” Bukele said.