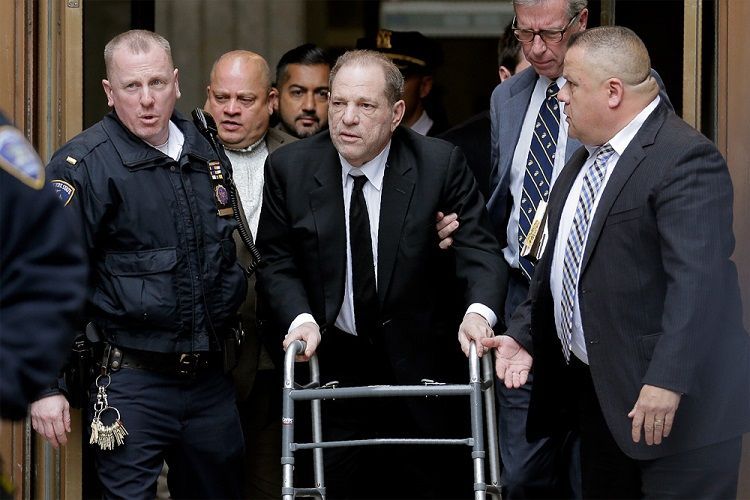 The former movie mogul, according to the report, was sent to the hospital instead of prison, after declaring that he had ‘chest pain’.

The former top Hollywood producer was convicted of rape and sexual assault against two women and was subsequently led to prison in handcuffs on Monday in what accusers and legal observers are calling a landmark moment for the judiciary system.

Although Weinstein was acquitted of two counts of predatory sexual assault - which carry a possible life sentence - and one count of first-degree rape, he can still be jailed for up to 29 years on charges that he has been found guilty.

Weinstein was transferred to a locked unit at Bellevue Hospital from the courthouse, in what is believed to be a “precautionary measure.”

Judge James Burke also said he would ask that the convicted film studio boss, who has been on bail since his May 2018 arrest, be placed in the jail's infirmary, as Weinstein’s attorneys claim he needs medical attention because of unsuccessful surgery on his back.