Head of the OSCE PA delegation: While the United States has taken great strides toward expanding the franchise, concerns remain regarding universal adult suffrage 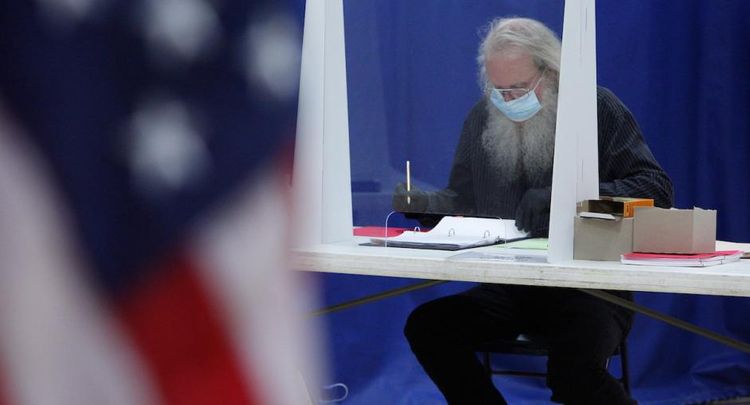 Yesterday’s vote was hard-fought and competitive with a high degree of engagement by election workers and citizens in the face of great legal uncertainty and a highly polarised political environment fuelled by aggressive campaign rhetoric, international observers to the US general elections said in a statement today, APA reports citing the official website of the OSCE.

The observation mission, carried out jointly by the OSCE Office for Democratic Institutions and Human Rights (ODIHR) and the OSCE Parliamentary Assembly (OSCE PA), concluded that the 3 November general elections were competitive and well managed despite the many challenges caused by the Covid-19 pandemic. At the same time, the campaign was characterised by deeply entrenched political polarisation that often obscured the broader policy debate and included baseless allegations of systematic fraud.

“Nobody – no politician, no elected official – should limit the people’s right to vote. Coming after such a highly dynamic campaign, making sure that every vote is counted is a fundamental obligation for all branches of government,” said Michael Georg Link, Special Co-ordinator and leader of the short-term OSCE observer mission. “Baseless allegations of systematic deficiencies, notably by the incumbent President, including on election night, harm public trust in democratic institutions.”

The COVID-19 pandemic was an enormous challenge to the organisation of the elections, but it also had a significant impact on the election campaign. Measures taken to ensure that voters were able to cast their ballot during the pandemic triggered drawn-out lawsuits driven by partisan interests, negatively affecting the work of the election administration and confusing voters. Election day itself was peaceful and took place without unrest or intimidation. Health safety measures were generally followed.

Voter identification requirements disproportionately affect certain groups, creating an undue hurdle for them in casting their votes. At the same time, an estimated 5.2 million citizens are disenfranchised due to a criminal conviction, although about half of them have already served their sentences. These voting restrictions contravene the principle of universal suffrage.

“The right to vote and to have that vote counted is among the most fundamental principles of democracy,” said Kari Henriksen, Head of the OSCE PA delegation. “While the United States has taken great strides toward expanding the franchise, concerns remain regarding universal adult suffrage. Women’s participation in politics has also increased, but there should be greater attention paid to this. In the context of COVID-19 and the rise in mail-in voting, I am concerned about attempts to restrict the counting of legally cast ballots.”

There were also concerns over campaign finance. While this is regulated at the federal level with ceilings on individual donations to campaigns and full disclosure, the regulations on the unrestricted independent spenders effectively reduce transparency and amplify the impact of money in politics. The total expenditure is estimated to reach $14 billion for these elections.

The media landscape in the US is highly polarised, but at the same time pluralistic and diverse. Freedom of expression was respected ahead of the elections, with a wide range of information available that helped voters make an informed choice.

Election officials worked under difficult circumstances due both to the pandemic and the highly politicised environment that accompanied the election process. While emergency funds were distributed to help states overcome challenges caused by the pandemic for the organisation of the elections, these were insufficient to overcome the additional challenge of the massive increase in online voter registration and postal voting. It was nonetheless noted that the public was generally confident in the work of the election administration at all levels.

“The enormous effort made by election workers, supported by many engaged citizens, ensured that voters could cast their votes despite legal and technical challenges and deliberate attempts by the incumbent president to weaken confidence in the election process,” said Urszula Gacek, Head of ODIHR’s election observation mission. “But this election is not over, and we remain here in DC and in key states around the country until it is. It is vital that every properly cast ballot is properly counted.”

The international election observation mission for the general elections in the United States totalled 102 observers from 39 countries, made up of 50 ODIHR-deployed experts and observers, and 52 parliamentarians and staff from the OSCE PA.