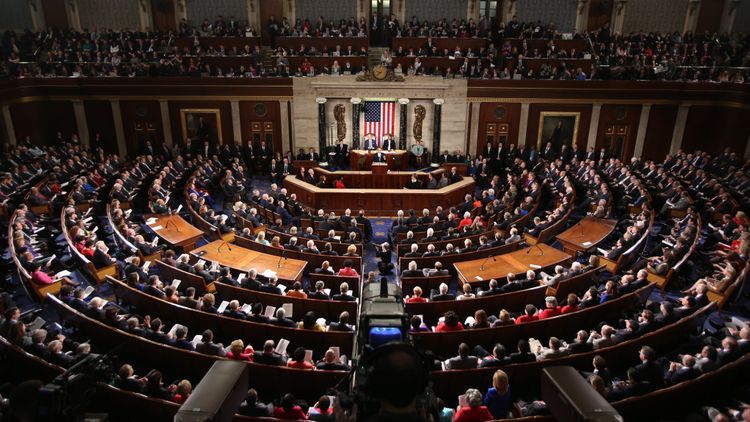 Thousands rallied across the United States on the eve of the House of Representatives' landmark votes on whether to impeach President Donald Trump for abuse of power and obstruction of Congress, APA reports citing Washington Post.

Impeachment in the 435-member House must be approved with a simple majority.

Trump has denied any wrongdoing, and on Tuesday, sent a blistering letter to House Speaker Nancy Pelosi, accusing Democrats of an "attempted coup" and that if the moved forward with impeachment they would be "declaring open war on American democracy".

"I have no doubt the American people will hold you and the Democrats fully responsible in the upcoming 2020 election," Trump said. "They will not soon forgive your perversion of justice and abuse of power."

Pelosi wrote her own letter, urging her colleagues to "support and defend our constitutions from all enemies, foreign and domestic".

"On December 18, the House of Representatives will exercise one of the most solemn powers granted to us by the Constitution as we vote to approve two articles of impeachment against the president of the United States," House Speaker Nancy Pelosi said in a letter to fellow Democratic legislators on Tuesday.