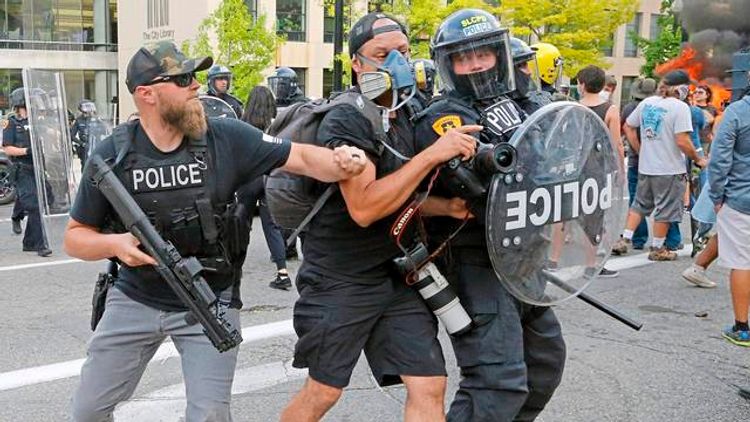 More than 400 cases of violation of the rights of journalists covering the current protest demonstrations in the United States have occurred since May 26,  U.S. Press Freedom Tracker - associations of more than a dozen non-profit organizations involved in protecting the rights of media representatives, wrote on Wednesday on Twitter, APA reports.

The association provided a brief overview of the situation from May 26 to June 10 in 64 cities of 34 states of the country. During this period, during protests in US cities, there were more than 405 cases affecting freedom of the press. The union counted 58 detentions, 86 attacks, of which 54 were committed by US police, as well as 53 cases of damage to filming equipment and causing damage to media premises.

83 times, tear or pepper gas was used against members of the press, and 87 times plastic bullets or objects used for throwing were used. Most incidents involving journalists were reported in Minneapolis (66), Washington (27) and New York (23).

Mass protests and riots broke out in many US states after the death in Minneapolis (Minnesota) of African-American George Floyd. The police used a stifling choke during his detention on May 25. All four police officers involved in the detention were dismissed and charged. In the fight against riots, the national guard joined local law enforcement agencies, and curfews were temporarily imposed in about 40 cities.