I'm the captain! Donald Trump calls governors making their own decisions about opening up the country 'mutineers' 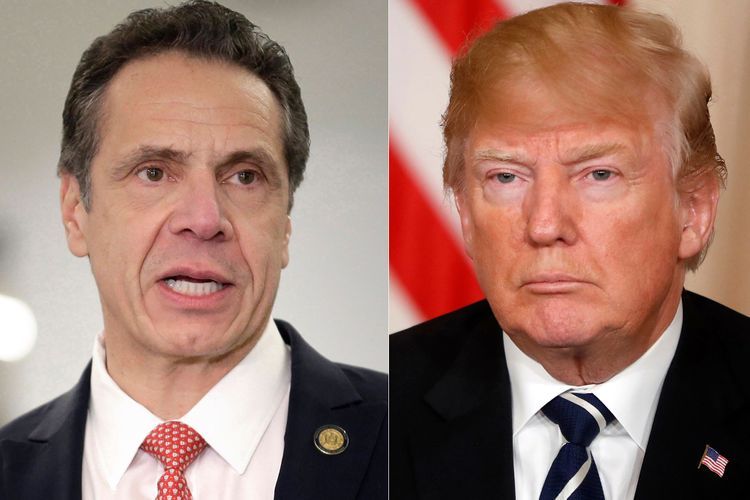 Donald Trump on Tuesday called any governor who resisted his 'total authority' as president a mutineer and threatened to withhold coronavirus aid from them if they didn't heed his call to reopen the country, APA reports.

'Tell the Democrat Governors that “Mutiny On The Bounty” was one of my all time favorite movies. A good old fashioned mutiny every now and then is an exciting and invigorating thing to watch, especially when the mutineers need so much from the Captain. Too easy!,' he tweeted.

The president was defending his claim that he has authority to reopen states to business in the wake of the economic devastation caused by the coronavirus, which goes against the 10th amendment of the constitution.

Trump took to Twitter after Cuomo went on the morning shows to slam the president's interpretation of the balance of power between the state and federal government.

'Cuomo’s been calling daily, even hourly, begging for everything, most of which should have been the state’s responsibility, such as new hospitals, beds, ventilators, etc. I got it all done for him, and everyone else, and now he seems to want Independence! That won’t happen!,' the president wrote.

The standoff began during a heated press conference inside the White House on Monday evening, when Trump claimed that his office holds 'absolute power' over the shutdowns prompted by the novel coronavirus outbreak - hours after Cuomo and eight other Democratic governors unveiled a pact to work together to co-ordinate the reopenings of their respective states.