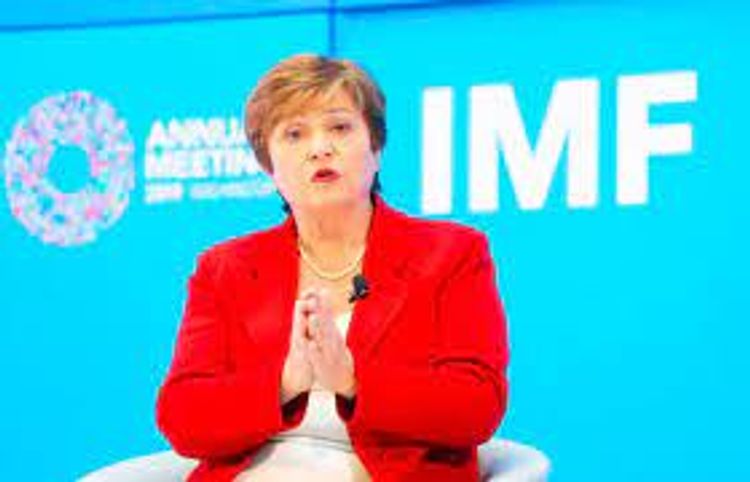 International Monetary Fund (IMF) Managing Director Kristalina Georgieva on Thursday called for a robust price on carbon to fight climate change, warning that without it, "we will not reach our climate stabilization goals," APA reports citing CNN.

A robust price on carbon provides "a critical market signal" to producers and consumers in all sectors of the economy, Georgieva made the remarks at the Leaders Summit on Climate, virtually hosted by the United States.

"It has proven to advance investments in renewable energy, electric mobility, energy efficient buildings, reforestation and other climate friendly activities - with positive impact on growth and jobs, while reducing carbon emissions," Georgieva said.

According to IMF analysis, a mix of steadily rising carbon prices and green infrastructure investment could increase global gross domestic product (GDP) by more than 0.7 percent per year over the next 15 years, and create millions of new jobs.

Noting that carbon pricing is gaining momentum, the IMF chief, however, said the average global price needs to rise from the current 2 dollars a ton to 75 dollars a ton by 2030 to curb emissions in line with the goals of the Paris Agreement on climate change.

Georgieva said the IMF proposes an international carbon price floor among large emitters, such as the Group of Twenty (G20), as focus on a minimum carbon price among a small group of large emitters could facilitate an agreement, covering up to 80 percent of global emissions.

Georgieva noted that such a price floor has to be "pragmatic" and "equitable," with "differentiated" pricing for countries at different levels of economic development.

Aside from carbon pricing, the IMF chief highlighted green taxonomy and standardized reporting of climate related financial risks, as well as financial support to developing countries.

Climate change "presents huge risks to the functioning of our economies and offers incredible opportunities for transformative investments and green jobs," Georgieva said.

"We will play our part, integrating climate change into our annual economic 'health checks' of countries and financial systems and actively promoting low carbon and climate resilient growth paths," she added.