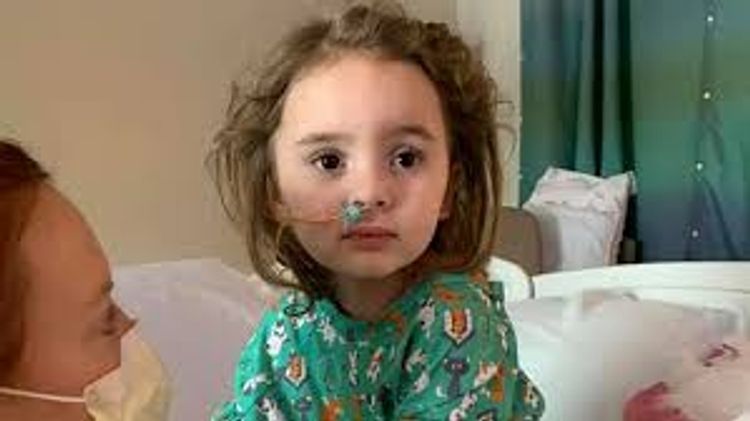 An Iowa girl who lost her vision after almost dying from the flu has regained her eyesight, her mother said, APA reports citing BBC.

Just weeks after leaving the hospital in January following her recovery from the flu, family members noticed that Jade DeLucia, 4, suddenly was walking by herself to the bathroom, without touching the walls.

Testing it, family members asked her where her uncle was. Jade walked right to him.

Jade, who hadn't had a flu shot this season, came down with the virus days before Christmas. Phillips and Jade's father, Stephen DeLucia, didn't realize it until Christmas Eve, when she developed a high fever.

Her parents rushed her to a hospital in Waterloo. When she had a seizure there, she was flown 80 miles to a children's hospital in Iowa City.

Phillips wasn't optimistic that she would ever see her daughter again.

But what followed seems nothing less than a miracle: On New Year's Day, Jade's eyes were open, she smiled. And she just kept improving from there.

Doctors said she was lucky to be alive.

But it soon became obvious that Jade couldn't see. The flu had affected the part of her brain that perceives sight, Jade's neurologist said. Her doctors didn't know if she would ever see again.

Jade will see an ophthalmologist later this month "to see where her eyesight does fall," and a cognitive test may shed some light on a few issues she's having, Phillips said.

Since Jade was diagnosed in the hospital with acute necrotizing encephalopathy, or ANE, a rare disease that was brought on by the flu, the family is waiting on test results to find out if Jade has a genetic disposition to ANE.

If so, Jade could face more seizures, even without the flu, Phillips said.

"It's incredibly hard and we're still learning," Phillips wrote in a post on the Facebook group Jade's Journey. "But I will never give up because she's not giving up."