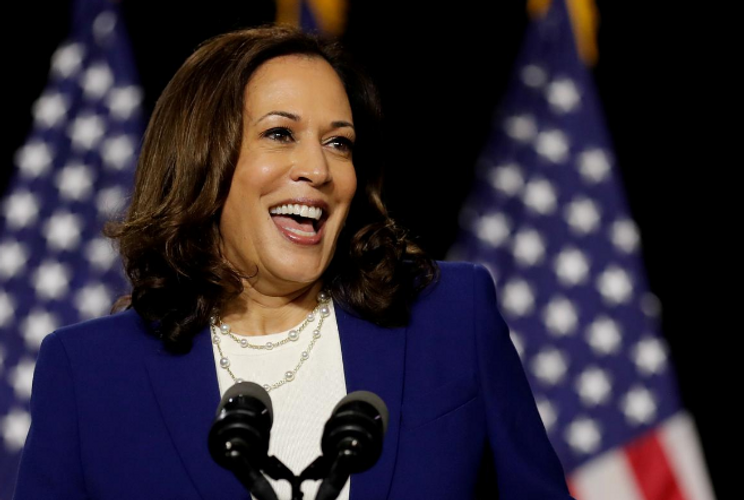 The vice presidential nominee, a former prosecutor from California who made history as the first Black woman and Asian-American on a major U.S. presidential ticket, is expected to aggressively press the case against Trump’s re-election on Nov. 3.

Harris will likely aim to speak directly to millions of women, young Americans and voters of color, constituencies the party needs if Biden is to defeat Republican Trump.

The speech will give her the opportunity to outline her background as a child of immigrants from India and Jamaica who as a district attorney, state attorney general, U.S. senator and now vice-presidential candidate shattered gender and racial barriers.

Biden was formally declared the presidential nominee in a virtual roll call on Tuesday, part of an unusual pandemic-era convention during which somber video remarks have replaced roaring addresses before cheering crowds.

Biden, 77, selected Harris, 55, for his running mate last week, adding diversity and generational balance to his campaign. She will deliver her speech from an austere hotel ballroom in Biden’s hometown of Wilmington, Delaware.

Harris provided a preview of her role as Biden’s No. 2 last week, when she was introduced as his vice-presidential pick and argued that the case against Trump, 74, and Vice President Mike Pence, 61, was “open and shut.”

Detailing the deaths and economic turmoil caused by the coronavirus outbreak, Harris said, “This is what happens when we elect a guy who just isn’t up to the job. Our country ends up in tatters.”

Former President Obama will speak to the convention live from the Museum of the American Revolution in Philadelphia, where he will make the case that U.S. democracy itself is on the line in November’s election, according to a Democratic official.

Obama is also expected to speak about how he worked closely with Biden, then vice president, to lead the country out of the last recession, the official said.

The first two nights of the four-day Democratic convention showcased elder statesmen and rising stars in the party who said Biden’s election would repair a pandemic-battered United States and put an end to the chaos of Trump’s four years in office.

But the Democratic Party comprises a range of ideological positions. Some on the left complained that Republicans like former Ohio Governor John Kasich, who is backing Biden, a moderate Democrat, over Trump, were given more air time than the party’s own progressive wing.

U.S. Representative Alexandria Ocasio-Cortez, a leading progressive voice from New York, had one minute for her remarks on Tuesday night.

Some progressive members of Congress voted against the party’s platform of policies over the omission of a pledge to pursue a ‘Medicare for All’ national healthcare system.

The left’s standard bearer and Biden’s former rival for the nomination, Senator Bernie Sanders, spoke on the first night of the convention on Monday, urging unity and emphasizing Biden’s pledges to raise the minimum wage to $15, expand paid family leave, and fund preschool for all Americans.

Warren, a leading progressive who is scheduled to speak on Wednesday, said on “The Late Show with Stephen Colbert” on Tuesday night that some Democrats had “different priorities” but were united in working to defeat Trump.

“Democrats are together,” said Warren, who also ran against Biden for the party’s presidential nomination this year. “We’re going to get this done together because we recognize what’s at stake. We know how bad Donald Trump is but we also know Joe Biden is going to make a great president, and our job is to help him do that.”