Maduro: "I control Venezuela, ready for direct negotiations with US" 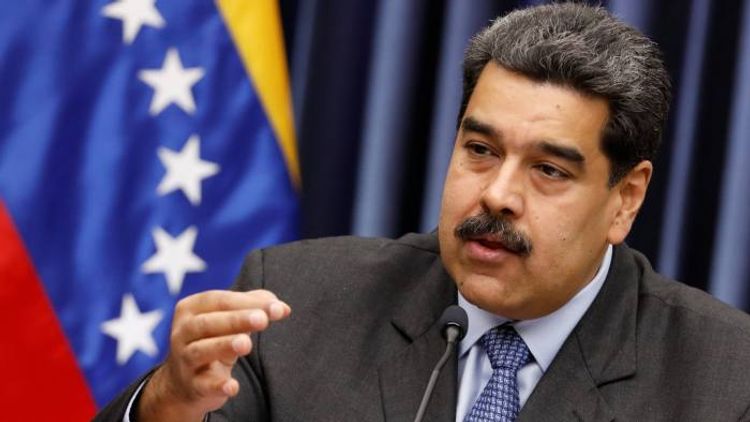 Maduro, 57, vowed in the interview with The Washington Post high profits for US oil giants in Venezuela if the Trump Administration cancels its tough economic restrictions imposed earlier on Caracas and attempts to normalize relations between the two nations, APA reports citing Sputnik.

“If there’s respect between governments, no matter how big the United States is, and if there’s a dialogue, an exchange of truthful information, then be sure we can create a new type of relationship [...] A relationship of respect and dialogue brings a win-win situation. A confrontational relationship brings a lose-lose situation. That’s the formula”, Maduro told The Washington Post.

Commenting on the political crisis that had hit Venezuela, Maduro denied suggestions of Western officials that his government offered Venezuelan opposition a deal including snap presidential election during talks brokered by Norway last year before they collapsed in last autumn.

The constitutionally-elected Venezuelan president Maduro said that he still willing to start talks with self-proclaimed interim president Juan Guaido but he seemed to dismiss the opposition’s key demand: That he exits in favor of a transitional government that would renovate the supreme court and national election councils to call new elections, according to The Washington Post.

“Guaidó is responsible for having lost the National Assembly [...] He and his mistakes. Don’t blame me now. He’s the one that now has to answer to the United States”, Maduro said, cited by The Washington Post.

“Do you want me to tell you the truth? I don’t care even a little bit about what Europe does, or about what the US does. We do not care at all. We only care about what we do […] No matter how many thousand sanctions, they won’t stop us, or Venezuela”, Maduro said, referring to the Western-backed embargo against the Venezuelan energy sector, adding that Caracas has alliances with Havana and Moscow.

The Venezuelan president also dismissed earlier claims of the Trump administration that Russia's oil giant Rosneft was allegedly processing some 70 percent of Venezuela's crude, putting the approximate amount to almost 20 percent, according to The WaPo.

Maduro revealed in the interview that he had made several attempts to find a way to contact US President Donald Trump. The Washington Post broke the news earlier that Trump's lawyer Rudolph Giuliani was present during a phone call that Maduro had in late 2018 with then-US House representative Peter Sessions. Maduro said that he did not hear Giuliani’s voice but he knew that Giuliani was on the line.

“Of course at the moment, his closeness as Trump’s lawyer was clear [...] We knew he would be able to get him the message. At this point I don’t know because of all that’s happening with Ukraine and the impeachment”, Maduro said, cited by The Washington Post.

Maduro also suggested that Trump is being misled by his aides, expressing puzzlement of why Trump has chosen North Korean Leader Kim Jong Un instead of him for talks.

“I believe Mike Pompeo has failed in Venezuela and is responsible for Donald Trump’s failure in his policy toward our country [...] I think Pompeo lives in a fantasy. He’s not a man with his feet on earth. I think Trump has had terrible advisers on Venezuela. John Bolton, Mike Pompeo, Elliott Abrams have caused him to have a wrong vision”, Maduro said, cited by The Washington Post.

The Venezuelan president expressed, however readiness for talks with the opposition leader Guaido.

“The United States favors negotiations between the Maduro regime and the democratic opposition under Juan Guaidó to arrange new presidential and national assembly elections that are free and fair,” Abrams said. “Previous efforts have all failed because the regime never took them seriously and instead used them to try to gain time and divide the opposition. When the regime is ready, and engages in serious negotiations with the opposition, the United States will do everything it can do to help those negotiations succeed”, Maduro said, cited by The Washington Post.