Mexican president blames murder of young girl on past governments 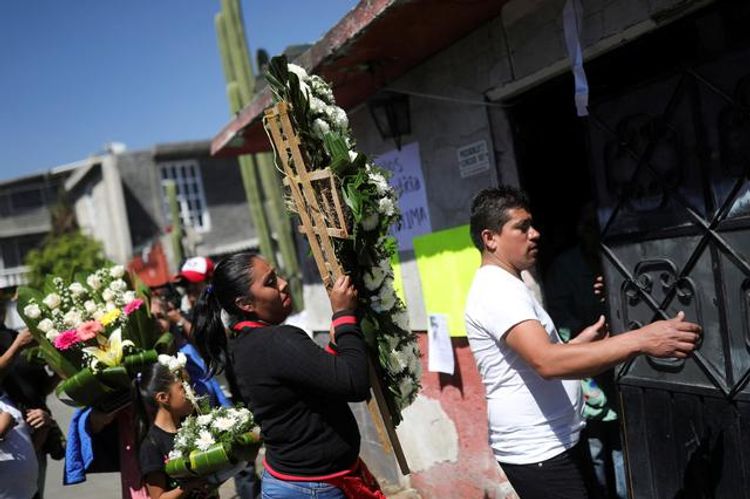 Mexico’s President Andres Manuel Lopez Obrador on Monday appeared to blame the murder of a seven-year-old girl on the “neoliberal economic model,” angering critics who say the government has failed to stem a wave of gender violence, APA reports citing Reuters.

Lopez Obrador was asked at his regular news conference about the kidnapping and killing of the girl, Fatima Cecilia Aldrighett, who went missing on Feb. 11 and whose body was discovered over the weekend inside a plastic garbage bag in Mexico City’s Tlahuac neighborhood.

In response, the president said he was sure authorities would catch the perpetrators of the crime, but said punishment alone was not the solution.

The bigger challenge, he said, was to purify Mexican society, which he said had “fallen into decline, a progressive degradation that has to do with the neoliberal model.”

“Unemployment, economic growth, the number of homicides are measured, but the degree of social decomposition produced by neoliberal policies are not measured. There is a deep crisis of loss of values.”

Family members and parents gathered in protest on Monday outside Aldrighett’s home and her school, where she was seen leaving from accompanied by an adult woman last week. More than 100,000 users on Twitter posted @JuticiaParaFatima, and her name was a top global trend.

Lopez Obrador regularly blames Mexico’s most salient problems, such as corruption, poverty and violence, on the policies implemented during the era of pro-market policies such as economic liberalization starting in the 1980s.

The murder of the girl comes after demonstrators on Friday daubed the words “femicide state” in blood-red on the door of Mexico’s National Palace and demanded justice for 25-year-old Ingrid Escamilla, who was brutally murdered last week.

Lopez Obrador on Monday publicly asked the feminist protesters not to paint the walls and door of the palace, saying his government was working to end the murder of women.

In a news conference, the attorney general’s office confirmed Aldrighett’s body had been identified and offered a 2 million peso ($107,000) reward for information leading to those responsible for the murder.

An average of 10 women a day are killed in Mexico and 2019, the first year of Lopez Obrador’s government, marked a new overall homicide record, official data shows. Victims of femicide increased 10% in 2019 to over 1,000.

The World Health Organization says femicide is generally understood to involve the intentional murder of women because they are women, but broader definitions include any killings of women or girls.

Others on social media pointed out that other countries in the world that have free-market economies do not suffer the levels of gender violence seen in Mexico.