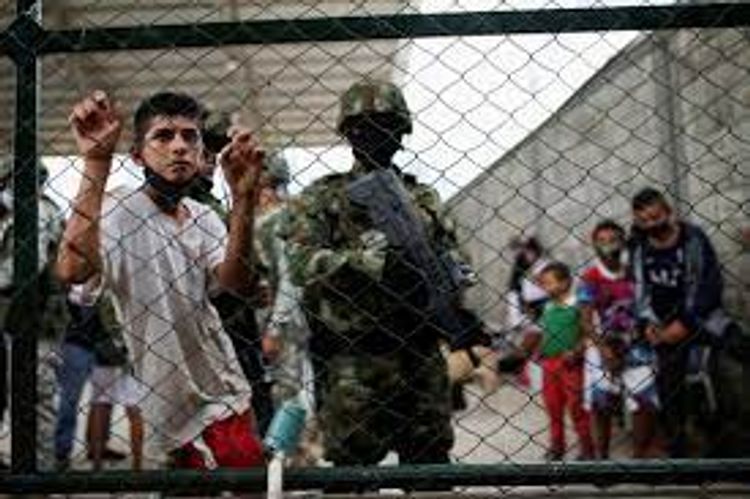 Mexican authorities have charged 30 marines for allegedly participating in a string of forced disappearances in the violent northern border city of Nuevo Laredo in 2018, the Attorney General's Office said on Thursday, APA reports citing Reuters.

The charges mark the first high-profile move against military personnel by President Andres Manuel Lopez Obrador, who took office in late 2018 vowing to curb violence and end impunity. His government has made unprecedented use of the military for a range of projects from policing to construction.

Prosecutors will have six months to carry out an investigation into the 30 arrested marines, the Attorney General's Office said.

"From February to May 2018 in Nuevo Laredo, Tamaulipas, there were a series of violent confrontations that led to various complaints of forced disappearance, tied to elements of the Mexican Navy," the office said in a statement.

The navy earlier this week incorrectly said the disappearances had taken place in 2014.