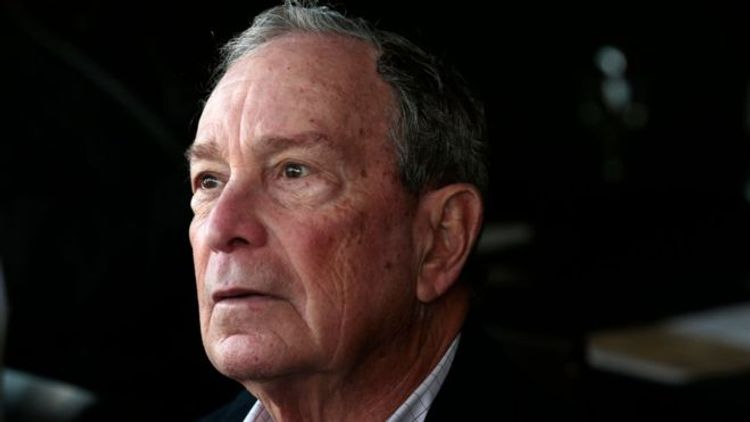 The billionaire Democrat said he had cut ties with a vendor which operates two call centres in state jails.

Mr Bloomberg said he learned about the company's use of prison labour only after receiving a call from a reporter.

He entered the election race in November with one of the largest-ever political ad buys.

His campaign's use of prison labour was first reported by news site The Intercept, and confirmed by Mr Bloomberg in a statement on Tuesday.

"We do not support this practice and we are making sure our vendors more properly vet their subcontractors moving forward," said the former New York mayor.

According to The Intercept, Mr Bloomberg - using a third-party vendor - hired call centre company ProCom to make phone calls for his campaign.

The firm operates two centres in Oklahoma state prisons. An unidentified source told The Intercept that incarcerated people were contracted to make calls from at least one of these prisons - a minimum-security women's prison with a capacity of over 900 inmates.

Matt Elliott, a spokesman for the Oklahoma Department of Corrections, told CBS News that inmates could earn $1.45 (£1.12) an hour working for call centres. "We believe this type of work helps prepare inmates for release," he said.

Before setting up a mass media empire, Mr Bloomberg made his billions from data terminals widely used in the financial industry. His net worth is $52bn (£40bn), according to Forbes - 17 times higher than Donald Trump.

Since joining the presidential race, he has spent $59m (£45m) on advertising and recent polls show he has support from 5% of Democratic voters. Former Vice President Joe Biden, Senator Bernie Sanders and Senator Elizabeth Warren are currently leading the race for the party's nomination.