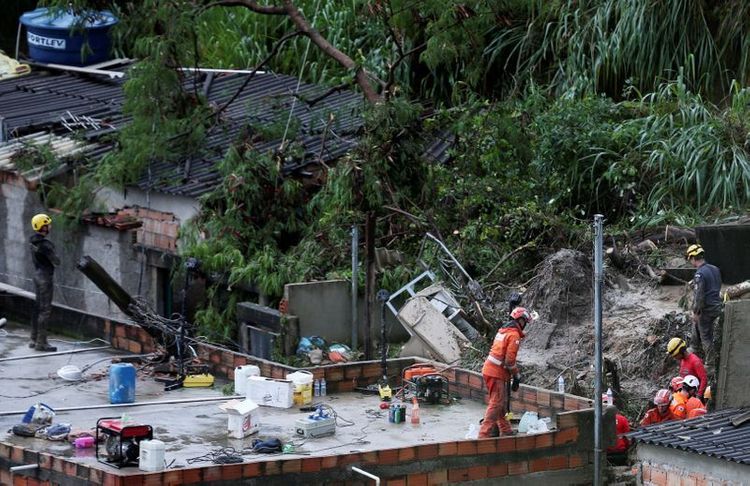 At least 46 people have died in Brazil and more than 25,000 have been displaced due to widespread flooding following storms and heavy rains that have swept across the southeast of the country, authorities said on Sunday, APA reports citing Reuters.

Most of the casualties were in the state of Minas Gerais, including the capital Belo Horizonte, which had its heaviest rainfall over a 24-hour period leading to Friday since records began 110 years ago, O Globo newspaper reported.

Local authorities in Minas Gerais said on Sunday that 37 people had died, while more than 17,000 were displaced or evacuated from their homes. A further 25 people were missing.

In the coastal state of Espirito Santo, nine people died, more than 8,000 were displaced or evacuated, and three people were missing, authorities said on Sunday.

The lethal flooding comes exactly a year after the rain-triggered collapse of a tailings dam in the town of Brumadinho, also in Minas Gerais state, that killed more than 250 people in one of the world’s worst mining disasters.