Netanyahu, rival to be in Washington next week to discuss Mideast peace plan -U.S. official 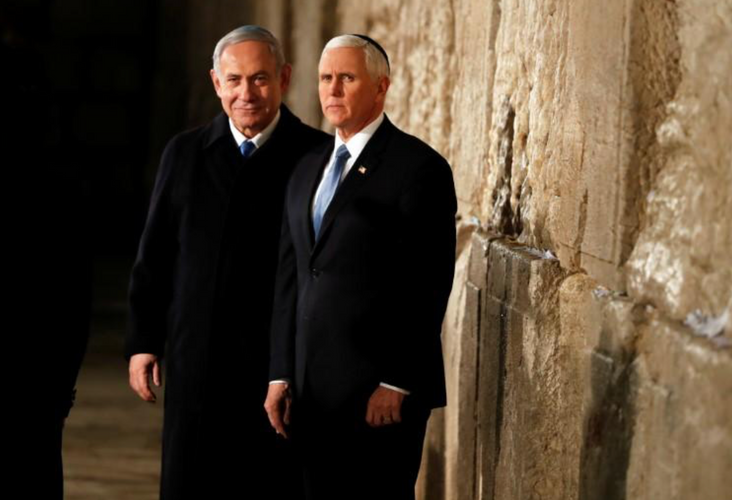 “In 60 minutes the vice president will officially invite the prime minister to the States next week to discuss regional peace,” the official said on condition of anonymity.

Pence was in Jerusalem for a Holocaust memorial conference. The U.S. official spoke while Pence was meeting Netanyahu at the U.S. embassy there.

An Israeli political source said both Netanyahu and Gantz would be invited to Washington to be briefed on President Donald Trump’s long-stalled Middle East peace plan.

The launch of Trump’s plan to end the decades-long conflict between Israel and the Palestinians has been delayed numerous times since it was first mooted more than two years ago.

Prospects for a breakthrough appear dim.