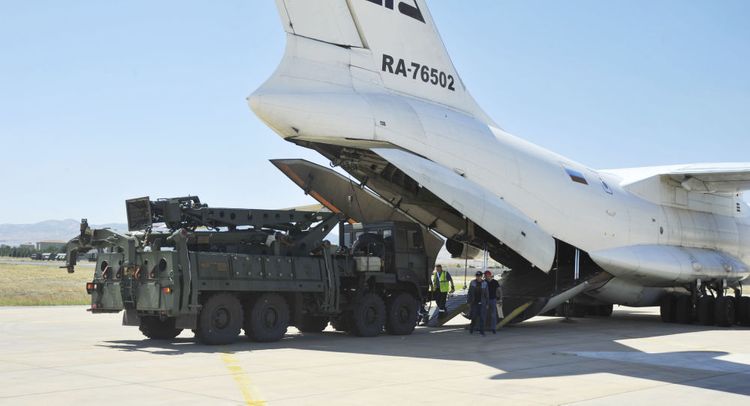 US Senate Foreign Relations Committee scheduled for next week deliberations on legislation that would penalize Turkey’s government for purchasing Russian-made S-400 air defence systems and sanctions yet to be determined against Russian individuals who are engaged in defence cooperation with Syria, the panel’s website said, APA reports citing Sputnik.

The bill co-sponsored by Committee’s chairman James Risch is on the agenda of the meeting to be held on 11 December.

The legislation obligates the US Secretary of State to prepare regularly lists of Russian individuals who "knowingly export, transfer, or otherwise provide to Syria significant financial, material, or technological support that contributes materially to the ability of the Government of Syria to acquire defense articles, defense services, and related information".

"A Russian person identified on the list… shall be subject to the same sanctions as a person included on the list of specially designated nationals and blocked persons maintained by the Office of Foreign Assets Control of the Department of the Treasury", the proposed legislation reads.

The bill also declares Turkey's acquisition of the S-400 as "a significant transaction" under Countering America’s Adversaries Through Sanctions Act (CAATSA) and requires the US president to impose five or more of the CAATSA sanctions on the Turkish government.

According to the draft, it should happen not later than 30 days after the date the legislation is enacted.

Earlier this week, US Senators Lindsey Graham and Chris Van Hollen sent a letter to Secretary of State Mike Pompeo telling him that patience with Turkey had long expired and urged the administration to apply CAATSA sanctions.