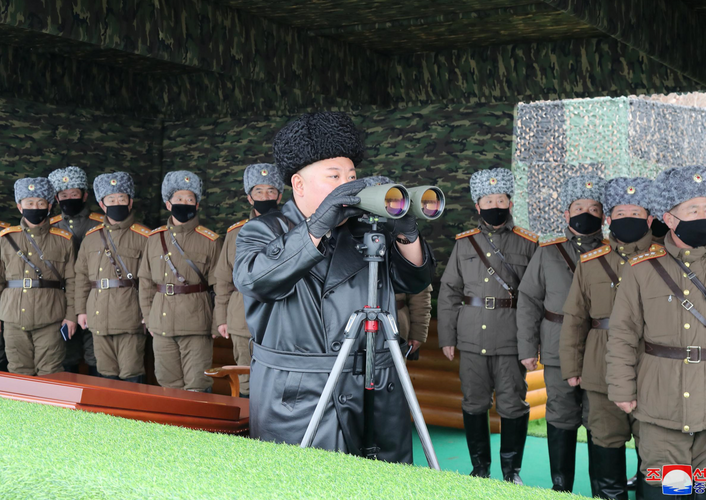 North Korea has not confirmed any cases of the virus, but state media said a month-long quarantine period had been imposed for people showing symptoms and “high-intensity” measures were taken including reinforcing checks in border regions and at airports and sea ports, APA reports quoting Reuters.

On Feb. 16, Kim made his first public appearance in 22 days to visit a mausoleum marking the anniversary of the birth of his father and late leader Kim Jong Il.

The military drill was to “judge the mobility and the fire power strike ability” on the frontline and eastern units and ended to the “great satisfaction” of Kim, KCNA said on Saturday.

“Soldiers, who have firmly armed themselves with a-match-for-a-hundred idea of the Party and trained under the simulated conditions of actual battles, reduced a target islet to a sea of flames,” KCNA said.

In a separate dispatch, KCNA said Kim has also convened a meeting of the ruling Workers’ Party’s powerful politburo where a stricter enforcement of “top-class anti-epidemic steps” was discussed to prevent the spread of the virus.

“In case the infectious disease spreading beyond control finds its way into our country, it will entail serious consequences,” Kim was quoted as telling the meeting. “No special cases must be allowed within the state anti-epidemic system.”

He instructed the officials to “seal off all the channels and space through which the infectious disease may find its way, and strengthen check-up, test and quarantine,” KCNA added.