Over 100 injured amid clashes in central Beirut, Red Cross says 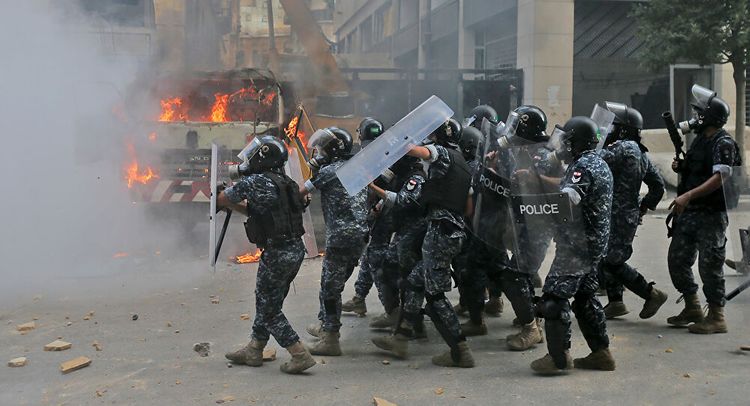 The protests are taking place in the aftermath of a huge blast at Beirut's port on Tuesday, which has killed at least 158 people and left some 5,000 injured and 300,000 homeless, APA reports quoting Sputnik.

The number of people injured in ongoing clashes between police and protesters in central Beirut has risen to 109, the Lebanese Red Cross said Saturday.

Protests resumed in the Lebanese capital earlier in the day, with protesters demanding the resignation of the government and social reforms. Protests have already been marred by violence, with demonstrators throwing projectiles and police firing tear gas. Over a dozen ambulances had arrived to treat those injured.