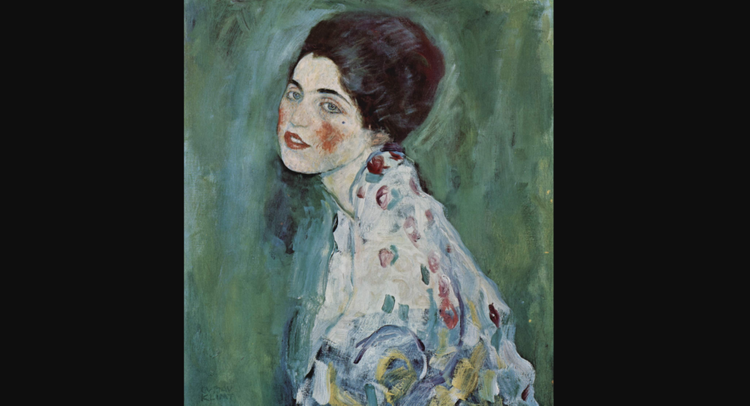 Experts confirmed a painting found in a wall of the Ricci Oddi modern art gallery in the Italian city of Piacenza as a Gustav Klimt artwork stolen over 20 years ago, local police chief Filippo Sordi said on Friday, APA reports quoting sputniknews.

The Portrait of a Lady went missing from this very gallery in 1997. In December 2019, the painting was discovered by two gardeners who were clearing the wall of ivy. The experts were initially skeptical due to the perfect state of the painting despite being presumably left behind by the thieves 22 years ago.

"It took a month since the painting was discovered to study it, the experts appointed by the prosecutors confirmed the painting's authenticity," Sordi said.

According to the police official, the painting will now be examined for fingerprints or other clues that could lead the police to the thieves. It will remain in the safe of the Central Bank while the law enforcement is studying it, Sordi said.

Massimo Ferrari, the president of the gallery, said that the museum staff had managed to take a look at the painting when it was just found.

"If it was a fake, it would have to have been created by a very good artist," the head of the gallery said.

Ferrari appears disappointed by the fact that it is still unclear when the painting will return to the gallery. The museum has already planned a number of events with the new-found artwork this year.