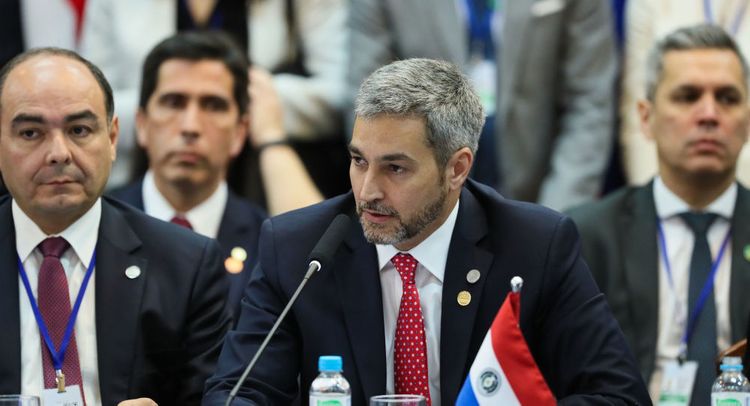 Paraguayan doctors have recommended that the country’s president Mario Abdo Benitez take two days rest from work after claiming that he was unwell, with doctors not ruling out the possibility that he may have contracted dengue fever, Paraguay’s Health Minister Julio Mazzoleni said on Tuesday, APA reports quoting Sputnik.

“The President reported an uncharacteristic discomfort and we decided to return to the capital to conduct a full examination”, Mazzoleni remarked during a press conference televised by the ABC Color broadcaster.

The health minister stated that in the current context of an ongoing dengue fever epidemic in the country, Benitez may have contracted the disease. He confirmed that the President had a temperature of 38.5 degrees Celsius (101.3 degrees Fahrenheit), as well as other symptoms indicative of dengue fever, although doctors are waiting for the results of examinations.

As of January 17, 94 cases of dengue fever have been reported across seven regions of Paraguay, resulting in two confirmed deaths. According to the broadcaster, the majority of cases have been concentrated in regions around Asuncion.

The Health Ministry has warned that the number of cases is expected to increase dramatically during the first week of February.

Dengue fever is a mosquito-borne viral disease that can entail serious, potentially lethal health conditions. Symptoms may include headaches, vomiting, skin rash and low blood pressure. While children and elderly people are considered the most vulnerable to this infection, up to half of all lethal cases occur among adults aged 20 to 40.