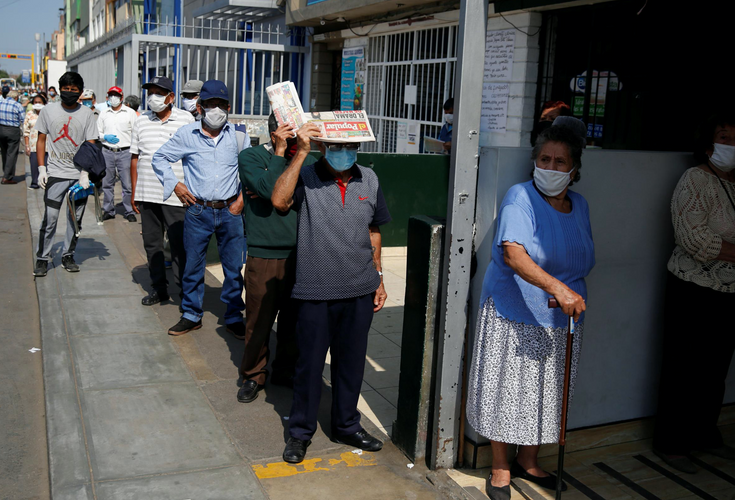 Peru’s number of confirmed coronavirus cases surpassed 104,000, the Ministry of Health reported on Wednesday, as the outbreak puts pressure on the demand for medicines, whose prices have soared in recent daysç APA reports quoting Reuters.

The South American country is under a nationwide lockdown until May 24 in an effort to lessen the impact of the outbreak, which has nearly paralyzed the local economy and left millions without jobs.

The number of confirmed cases in Peru - the second highest in Latin America after Brazil - has doubled in two weeks, straining hospitals and leading to shortages of medicines used to treat patients for COVID-19, the disease caused by the virus.

Local police visited several pharmacies in Lima on Wednesday as the government seeks to crack down amid reports that the prices for basic medicines such as acetaminophen and the antibiotic amoxicillin have surged by as much as 10 times their regular prices.

People also complained of long lines outside pharmacies that were, in some cases, allegedly hoarding the medicines, authorities said.