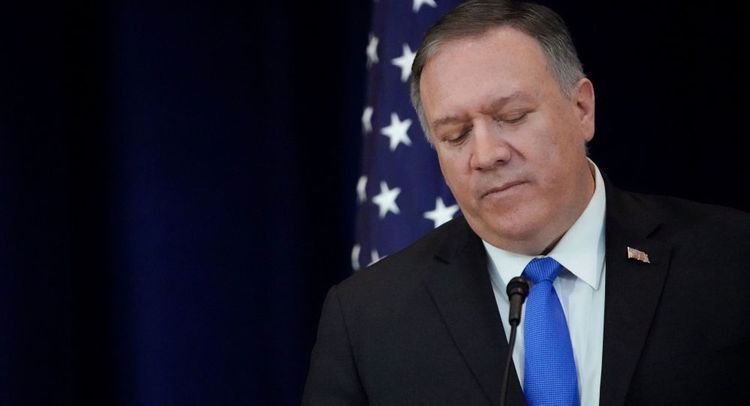 US State Secretary Mike Pompeo visited Iraqi Ayn Al-Asad airbase in western Anbar province, which hosts US troops, shortly after a rocket attack on another Iraqi military base in the northern province of Kirkuk, APA reports quoting Sputnik.

The information about Pompeo’s visit was released by Kurdish media outlet Rudaw.

The Iraqi base in Kirkuk was attacked on Friday. The United States Central Command (CENTCOM) confirmed that one American civilian contractor was killed, while several US service members and Iraqi personnel were wounded in the rocket attack.

It was not the first time the US forces in Iraq had been under attack. Earlier in the month, the Balad Air Base, used by US servicemen, was hit by five rockets which landed less than a mile from the base.

Mike Pompeo paid his visit to Iraq amidst the ongoing mass protests which started in early October and then turned into clashes with police forces. Demonstrators called for the deposition of the government, as well as economic reforms, better living conditions, social welfare and an end to corruption. As of now, according to the Iraqi Health Ministry, 400 people have been killed in the protests so far, and over 15,000 have been injured.