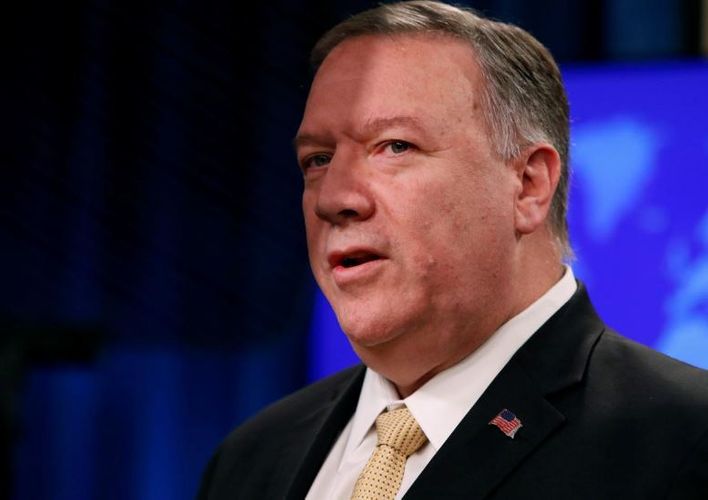 U.S. Secretary of State Mike Pompeo took fresh aim at China over the coronavirus on Wednesday, calling $2 billion Beijing has pledged to fight the pandemic “paltry” compared to the hundreds of thousands of lives lost and trillions of dollars of damage, APA reports quoting Reuters.

Pompeo rejected Chinese President Xi Jinping’s claim that Beijing had acted with transparency after the outbreak in China, and said if Xi wanted to show that, he should hold a news conference and allow reporters to ask him anything they liked.

“President Xi claimed this week that China is acting with openness, transparency responsibility. I wish it were so,” Pompeo told a State Department news conference, charging that Beijing continued to withhold virus samples and access to facilities, to censor discussion, “and much, much more.”

U.S.-China tensions have spiked in recent weeks, with Pompeo and President Donald Trump slamming Beijing’s handling of the outbreak. The United States has been hardest hit in the global pandemic.