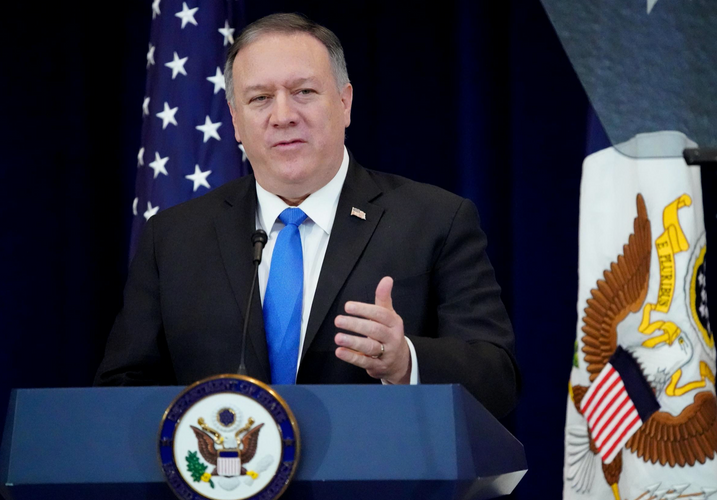 Asked about reports indicating that intelligence behind Friday’s targeted air strike was thin, Pompeo said there was “no skepticism” among senior leaders who had access to all the U.S. intelligence.

“The intelligence assessment made clear that no action - allowing Soleimani to continue his plotting and his planning, his terror campaign - created more risk than taking the action that we took last week,” Pompeo told ABC’s “This Week.”

Soleimani, Iran’s pre-eminent military commander, was killed in a U.S. drone strike on his convoy at Baghdad airport, an attack that took long-running hostilities between Washington and Tehran into uncharted territory and raised the specter of wider conflict in the Middle East.

After Iran vowed retaliation, Trump sent a series of Twitter posts on Saturday threatening to strike 52 Iranian sites, including some “important to Iran & the Iranian culture,” if Tehran attacked Americans or U.S. assets.

Pompeo insisted any future U.S. strikes would be lawful.

U.S. Senator Mark Warner, the top Democrat on the Senate Intelligence Committee, said he was not yet convinced there was an imminent threat that justified the strike that killed Soleimani and a top Iran-backed Iraqi militia commander.

“I accept the notion that there was a real threat. The question of how imminent is something that I need more information on,” Warner told NBC’s “Meet the Press.”

The Senate’s top Democrat, Chuck Schumer, said on ABC’s “This Week”: “We do not need this president either bumbling or impulsively getting us into a major war.”