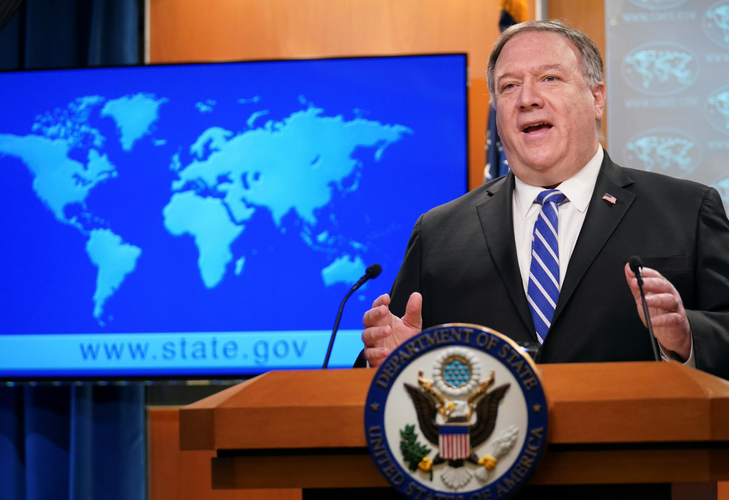 Pompeo told a news conference the delay was to allow the report to “to allow it to account for any additional actions that Beijing may be contemplating in the run up” to China’s May 22 National People’s Congress “that would further undermine the people of Hong Kong’s autonomy.”

The “Hong Kong Human Rights and Democracy Act” approved by the U.S. Congress and President Donald Trump last year requires the State Department to certify at least annually that the former British colony retains enough autonomy to justify the favorable U.S. trading terms that have helped it maintain its position as a world financial center.

Under it, officials responsible for human rights violations in Hong Kong could also be subject to sanctions, including visa bans and asset freezes.

Hong Kong was rocked in 2019 by months of massive, and sometimes violent, political protests over a now-withdrawn extradition bill that would have allowed people to be sent to mainland China for trial and calls for greater democracy.

China’s Hong Kong affairs office warned earlier on Wednesday that the city will never be calm unless “black-clad violent protesters” were all removed, describing them as a “political virus” seeking independence from Beijing.