Pompeo looks forward to meeting with Venezuela's Guaido in Colombia 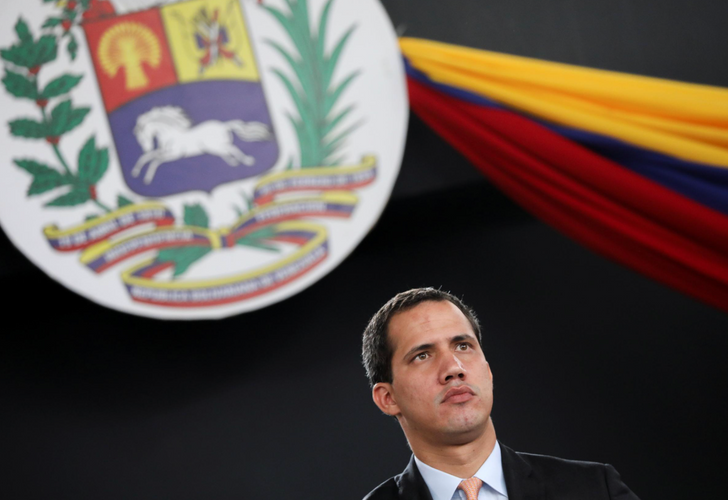 “We hope he’ll be there ... We hope he’ll join us and I look forward to having a meeting with him,” Pompeo told reporters on a flight from Berlin, where he had attended an international summit on security in Libya.

Guaido confirmed earlier on Sunday he had arrived in Colombia and would speak with Colombian President Ivan Duque, though he did not mention Pompeo, and a spokesperson for Guaido declined to comment on a meeting with Pompeo.

Guaido has not left Venezuela since February, when he defied a court-imposed travel ban and travelled to neighboring Colombia to organize a U.S.-backed effort to transport aid cargos back across the border, which was blocked by troops loyal to President Nicolas Maduro.

In a message on Twitter, Guaido said he was grateful for Duque’s support and said the trip would “generate the conditions that will lead us to freedom.”