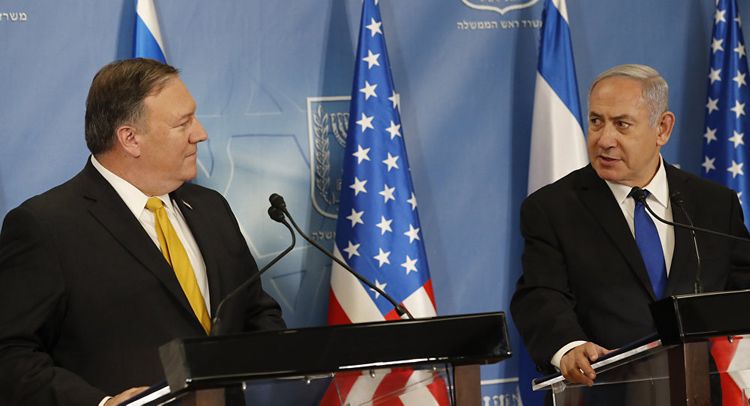 "Netanyahu and I had another productive meeting this evening in Lisbon," Pompeo said. "We discussed efforts to counter Iran's destabilizing influence in the region, the importance of economic cooperation with regional partners and other issues related to Israel's security."

Earlier on Wednesday, Netanyahu told reporters he was in Lisbon to meet Pompeo to discuss Iran, the defensive alliance with the United States and the future American recognition of Israeli sovereignty over the Jordan Valley.

US President Donald Trump talked with Netanyahu over the telephone on Sunday to discuss Iran and other bilateral issues.

On 18 November, Pompeo said that the United States no longer considered the Israeli settlements being built on Palestinian territory to be illegal, which was a break away from decades of US policy and international understanding on the matter.

In the past two years, the United States has made a number of gestures toward Israel that previous presidents refused to make, including recognizing Jerusalem as the capital of Israel and the annexed Golan Heights as sovereign Israeli territory.