Pompeo: "U.S. calls for complete cooperation with any probe into cause of Ukrainian airliner crash in Iran" 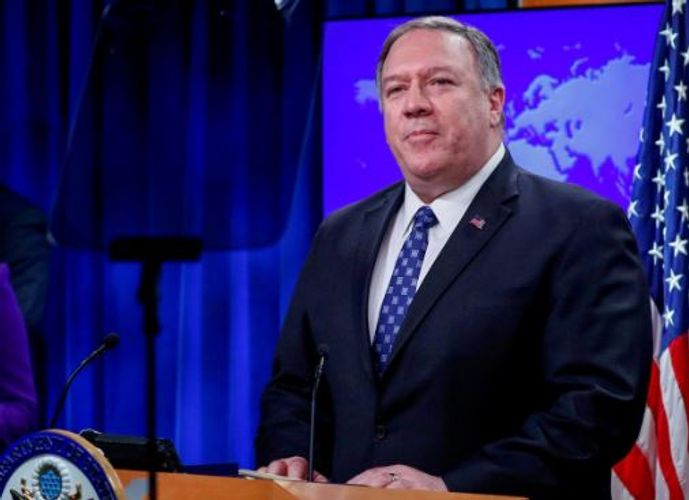 U.S. Secretary of State Mike Pompeo said on Wednesday the United States was calling for complete cooperation with any investigation into the cause of the crash of a Ukrainian airliner in Iran, APA reports citing Reuters.

In a statement, Pompeo said the United States was prepared to offer Ukraine all possible assistance after the crash of the Ukraine International Airlines Boeing 737, which burst into flames shortly after takeoff from Tehran on Wednesday, killing all 176 people aboard.

The plane crashed hours after Iran launched missiles at bases housing U.S. forces in Iraq, and officials have cautioned that speculation about what happened was premature.

“The U.S. Department of State extends our deepest condolences to the families and friends of the 176 passengers and crew killed in the tragic crash,” Pompeo said in the statement.

“The United States will continue to follow this incident closely and stands prepared to offer Ukraine all possible assistance. The United States calls for complete cooperation with any investigation into the cause of the crash.”

Under international rules, responsibility for investigating the crash lies with Iran, and Iranian state television said both of the plane’s black box voice and data recorders had been found.

Iran’s semi-official Mehr news agency quoted the head of Iran’s civil aviation organization as saying it was not clear which country Iran would send the black boxes to for analysis, but it would not give them to Boeing, which is based in the United States, a country with which Iran has no diplomatic relations.

Ukraine’s Foreign Minister Vadym Prystaiko said there were 82 Iranians and 63 Canadians on board the airliner, as well as 11 Ukrainians, 10 Swedes, four Afghans, three Germans, and three Britons.