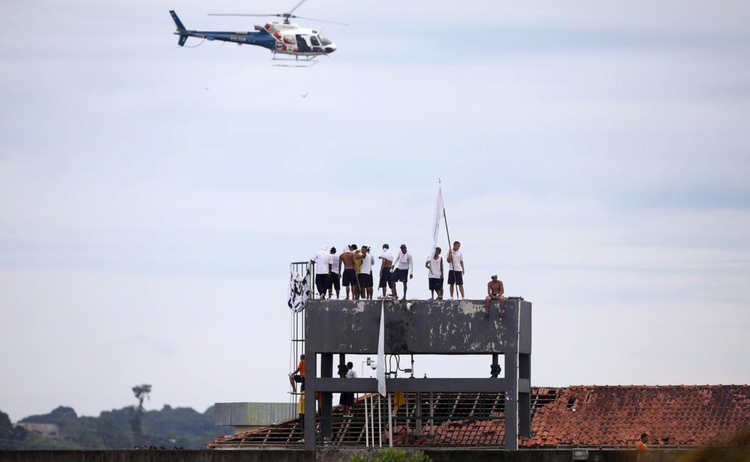 Inmates at a prison in Manaus, a Brazilian city deep in the Amazon that has been hit hard by the coronavirus outbreak, have taken seven prison guards hostage, the local prison authority told Reuters on Saturday, underlining the endemic violence that has plagued the region’s jails in recent years, APA reports quoting Reuters.

The reason for the rebellion at the Puraquequara Penitentiary was not immediately clear, but local television stations cited a video allegedly recorded by an unidentified inmate, who complained of sweltering heat and a lack of electricity in the prison.

In a statement, the prison authority in the state of Amazonas, where Manaus is located, said the prisoners were demanding the presence of the press and human rights groups. They had no information on possible deaths.

The rebellion comes as the coronavirus outbreak has overwhelmed public services in Manaus, with authorities burying victims in mass graves and warning residents of a shortage soon of coffins.

Violence is rife in Brazil’s prisons, where organized crime groups often exercise de facto control. Overcrowding is also common and rights groups call conditions medieval, with food scarce and cells so packed that prisoners have no space to lie down.

In January 2017, almost 150 prisoners were killed as organized crime groups battled each other in several prisons in north and northeastern Brazil. In one particularly violent incident in Manaus, 57 inmates were killed, some of whom were decapitated and thrown over prison walls.