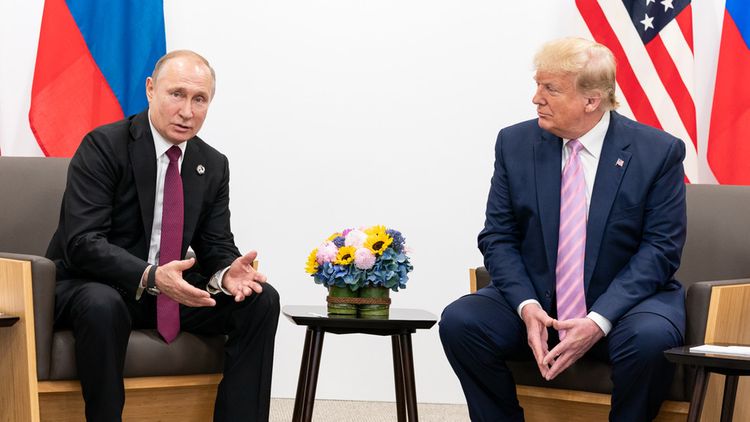 Vladimir Putin and Donald Trump have talked on the phone, with the Russian president thanking his US counterpart for sharing intelligence that allowed terrorist attacks to be prevented in Russia, the Kremlin said, APA reports citing RT.

A “range of issues of mutual interest” was discussed during the conversation, which was initiated by Moscow.

The Federal Security Service later said that the information provided by their US counterparts led to the arrest of two Russian citizens who planned terrorist attacks at public places in St. Petersburg during New Year’s celebrations.

The two leaders agreed to maintain bilateral cooperation in the fight against terrorism, the statement from the Kremlin added.

In October, the head of FSB, Aleksandr Bortnikov, revealed that contacts between the security agencies of the two countries have intensified recently, in cybersecurity and other areas.  He said then that the US provided information about people who had been planning terrorist attacks in Russia.

Two years ago, Washington warned Moscow about a planned bombing at one of the main cathedrals in St. Petersburg, while Russia actively assisted the US investigation into the Boston Marathon bombing in 2013.