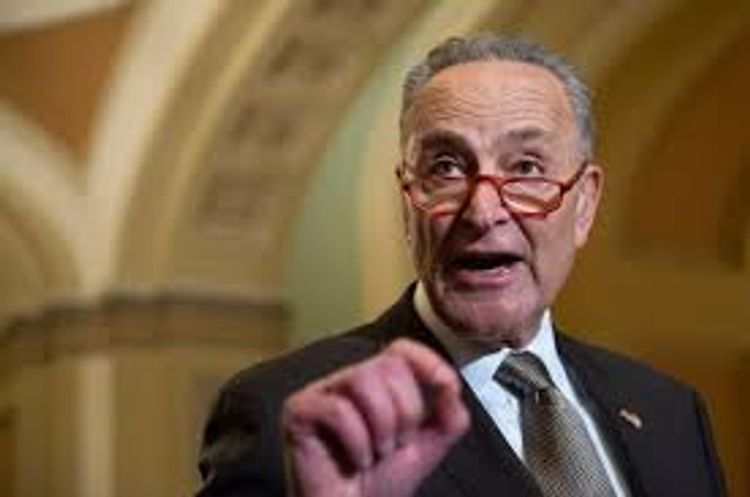 The letter, which was addressed to Senate Majority Leader Mitch McConnell, proposed that the Senate subpoena four people who are close to the president or are expected to know about the delay of about $400 million in military aid to Ukraine: Mulvaney; Bolton; Robert Blair, who is a senior adviser to Mulvaney; and Michael Duffey, associate director for national security at the Office of Management and Budget.

The proposal suggested that each side question witnesses for four hours each. All four officials had been previously subpoenaed by House Democrats and did not testify.

Schumer added that Democrats "would of course be open" to testimony of anyone else with "direct knowledge" of aid to Ukraine if House prosecutors or Trump’s lawyers were to request it.

He also proposed that the Senate issue subpoenas for electronic communications and memoranda of relevant officials in the White House, the budget office and the State Department in a "narrowly drawn" request that is "neither burdensome nor time-consuming."

McConnell had indicated earlier this month that there would be a speedy resolution of the inquiry. He told Sean Hannity of Fox News last week that he and the president's counsel were working closely and that he hoped that there would not be "a single Republican who votes for either of these articles of impeachment." Schumer and McConnell are expected to meet to discuss how a Senate trial would work.

If no agreement is reached, the Senate would vote at each step of the process. Each vote would require the support of 51 senators. The Republicans control 53 seats in the current Senate yet some of them, including Senators Susan Collins, Lisa Murkowski and Mitt Romney, have indicated they would like to see a full trial.