Six killed in California wildfires as thousands are forced to flee 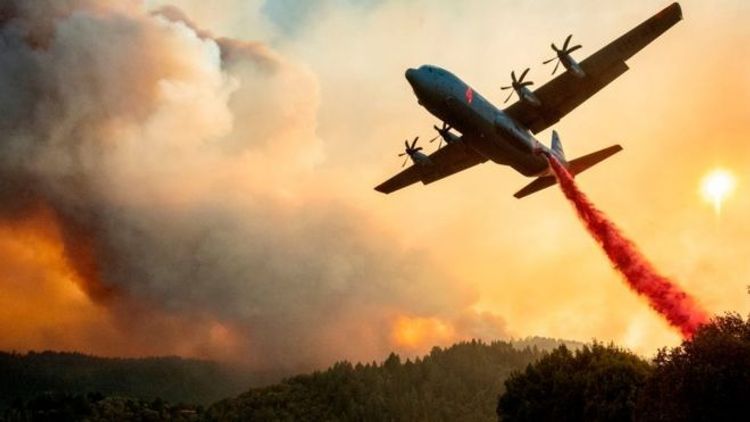 Six people have died in some California's largest-ever wildfires that have fouled the air with heavy smoke across much of the western US.

The worst of the hundreds of fires burning across the state are in the mountains to the south and east of San Francisco.

Hundreds of buildings have burned down and thousands more are threatened.

By Friday, emergency officials said some of the fires had doubled in size from the day earlier and have now forced 175,000 residents to flee.

Two of the fires are now the 7th and 10th largest in the state's history, Governor Gavin Newsom said in a news conference as he urged President Trump to sign a major disaster declaration.

"We simply haven't seen anything like this in many, many years," he said, adding that an area the size of the US state of Rhode Island has already burned within California.