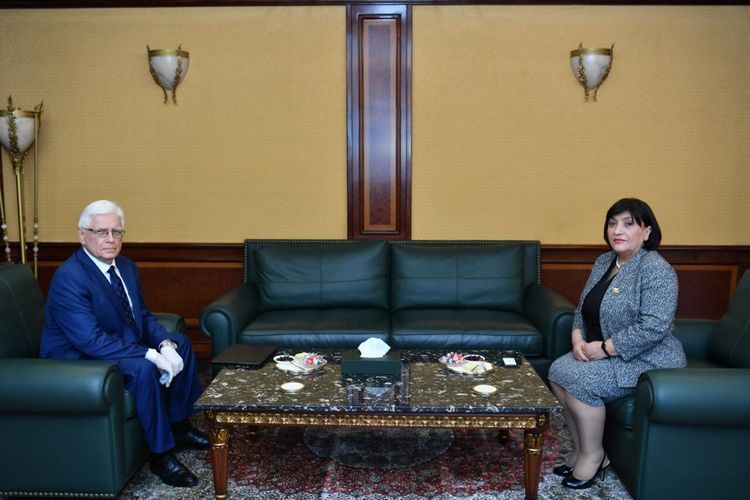 Noting that the Azerbaijani-Russian relations are based on strong friendship, the ambassador expressed satisfaction with the coverage of various areas of relations between the two countries.

Speaker Sahiba Gafarova noted that the existing relations created a very good basis for the future prospects of inter-parliamentary cooperation and emphasized the importance of cooperation in the humanitarian sphere.

Touching upon the situation created by Armenia in the direction of Tovuz region of the state border with Azerbaijan since July 12, the speaker said that many international structures and organizations condemned the provocation committed by Armenia.

S. Gafarova of the Milli Majlis strongly condemned the recent attacks by Armenians on Azerbaijanis protesting peacefully in various countries around the world in protest of the provocation committed by Armenia.

Ambassador Bocharnikov reiterated that Russia, as a member of the OSCE Minsk Group, is making every effort to resolve the issue peacefully.