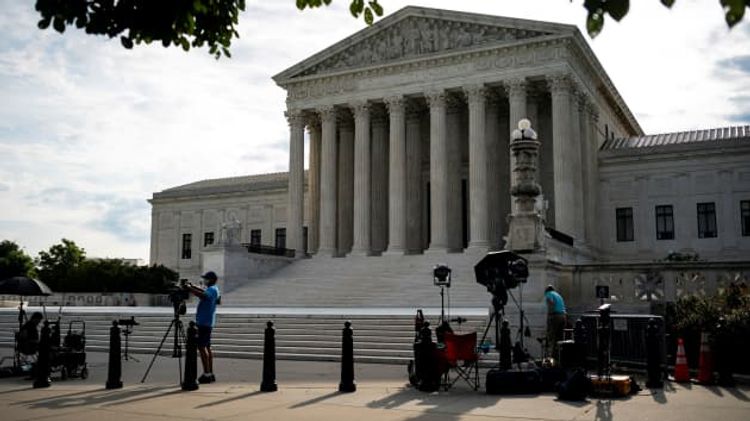 The Supreme Court on Monday agreed to hear a major Second Amendment dispute that could settle whether the Constitution protects a right to carry guns in public, APA reports citing CNBC.

The decision, announced in an order, comes as President Joe Biden faces pressure from activists to take action to limit the availability of high-powered weapons amid outcries over mass shootings.

Those in favor of increased gun control measures have expressed concern that the nation’s top court, which has a 6-3 majority of Republican appointees, could expand the reach of the Second Amendment.

The Supreme Court has previously held that the Second Amendment protects the individual right to carry a gun for self-defense inside the home. Last year, it declined to issue a substantial ruling in its first major Second Amendment case in a decade.

In the case the court agreed to hear on Monday, New York State Rifle & Pistol Association v. Keith Corlett, No. 20-843, individuals and a state organization are challenging a New York law that requires individuals to show “proper cause” in order to receive a permit for the open carry of a handgun.

Robert Nash and Brendan Koch, the individuals who brought the suit, both applied for licenses to carry handguns for self-defense and were denied. A district court reasoned that neither man had proper cause because neither faced “any special or unique danger to [their] life.”

A federal appeals court upheld the lower court’s decision not to grant the men licenses.

In their appeal, authored by former solicitor general Paul Clement, the men argued that New York’s law was unconstitutional under the top court’s precedents in District of Columbia v. Heller, decided in 2008, and McDonald v. City of Chicago, decided in 2010.

“As this Court made clear in both Heller and McDonald, the Second Amendment, at its core, guarantees a right to keep and bear arms for self-defense,” Clement wrote. “Like the threats that might precipitate a need to act in self-defense, that individual and fundamental right necessarily extends beyond the four walls of one’s home.”

A decision is expected by the summer of 2022.