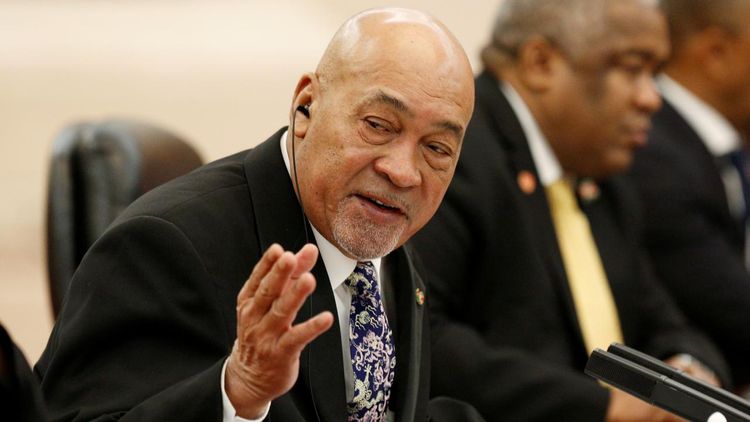 A court in Suriname on Friday convicted President Desi Bouterse of murder for the execution of 15 opponents in 1982 following a violent coup to seize power, APA reports citing Reuters.

The military court sentenced Bouterse, who is currently in China on an official visit, to 20 years in prison. It was not immediately clear what the next step would be and the court had not yet ordered his arrest.

Bouterse has dominated much of the history of Suriname since its 1975 independence from the Netherlands. He led the country of 560,000 people through the 1980s, assumed office again in 2010 and secured re-election five years later.

The court ruled that Bouterse had overseen an operation in which soldiers under his command abducted 16 leading government critics - including lawyers, journalists and university teachers - from their homes and killed 15 of them at a colonial fortress in Paramaribo

Bouterse, who has steadfastly denied the charges, will have two weeks to appeal the decision. So far he has made no comment on his conviction.

The Dutch government, in a statement, said it was critical that the final verdict be upheld and implemented once the appeals process is complete.

“The verdict will undoubtedly prove instrumental in helping the nation move towards reconciliation,” the foreign ministry said.

Critics have vilified the 74-year-old Bouterse as a dictator who has clung to power in the country, sandwiched between Guyana and French Guiana on the northeastern shoulder of South America.

In 1999, he was convicted in absentia of drug trafficking by a court in the Netherlands though he has denied any wrongdoing. A Suriname judge in 2005 convicted Bouterse’s son, Dino, of leading a gang that trafficked in cocaine, illegal arms and stolen luxury cars.