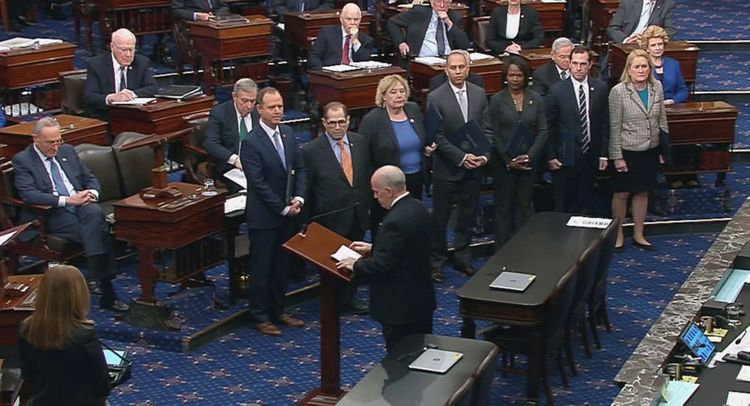 An impeachment trial against US President Donald Trump is set to begin in the Senateç.

The US House of Representatives voted late last year to approve two articles of impeachment against Trump for abuse of power and obstruction of Congress.

This came following a formal impeachment inquiry that was launched against Trump over a whistleblower's complaint about his 25 July call with Ukraine's President Volodymyr Zelensky. The so-called whistleblower alleged that Trump "pressured" Zelensky to investigate potential corruption involving former Vice President Joe Biden and his son in Ukraine.