Trump Administration to cut US financial contribution to NATO 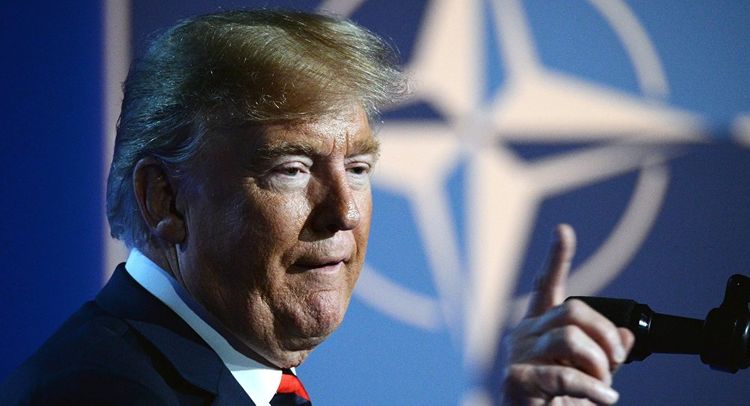 Unnamed officials with the US Department of Defence said that the White House wants to cut payments to NATO to about 16% of total contributions to the alliance, which almost puts the country on par with Germany (14.8%), APA reports citing CNN.

According to the media outlet, the share of direct US funding was about 22%, which covered the costs of maintaining the headquarters of the alliance, its security investments and some joint military operations.

The sources also claimed that it is expected that the budget deficit will be closed by other countries participating in the alliance.

"All Allies have agreed upon a new cost sharing formula. Under the new formula, cost shares attributed to most European Allies and Canada will go up, while the US share will come down. This is an important demonstration of Allies' commitment to the Alliance and to fairer burden-sharing," a NATO official said.

Since Donald Trump took office in 2017, he has repeatedly pressed NATO member states to meet their annual defence spending obligations in the alliance, even insisting that they raise their expenditures to 4 percent of GDP — instead of the existing target of 2 percent, accepted several years ago. He has specifically lashed out at Germany, criticising it for refusing to meet the goal.

According to the latest estimates, Germany allocated a total of 1.23 percent of its GDP for defence last year. Berlin is reportedly planning to further boost defence expenses next year to 49.7 billion euros, or 1.38 percent of its GDP. Merkel has additionally pledged to boost the country's military spending up to 1.5 percent of its GDP by 2023, which still misses the NATO target.