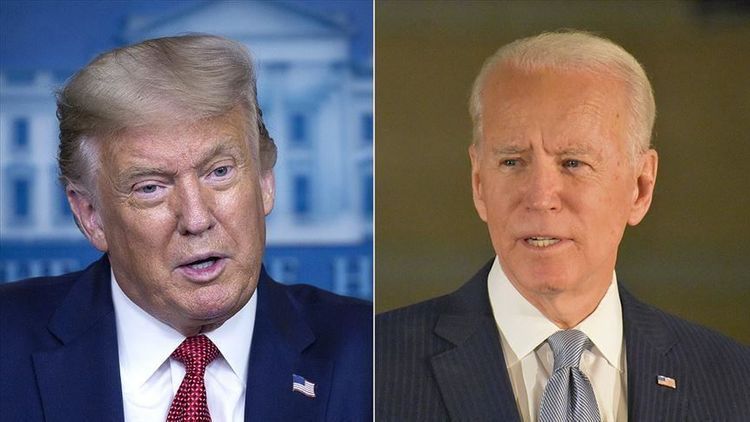 The clashes prompted moderator Chris Wallace to castigate Trump, whom he said interrupted Biden far more frequently during the night's debate than the vice president did the incumbent.

"Mr. President, please stop,” Wallace said during one of dozens of times the president interrupted Biden. "The country would be better served if we allowed both people to speak with fewer interruptions. I am appealing to you, sir, to do that."

Biden also castigated Trump, whom he said is "the worst president America has ever had," telling Trump "will you just shush for a minute" during one of several times the president attempted to speak over him.

“Will you shut up, man?” Biden snapped after the president spoke over him during a different debate segment.

The debate covered a slew of topics, including race, the candidates' records, the coronavirus pandemic, violence in American cities, election integrity and climate change.

During the back-and-forth, Trump was repeatedly forced to defend his record.

- Trump does not condemn white supremacists

Asked by Wallace to condemn white supremacists and militia groups, the president did not, instead telling the Proud Boys neo-fascist organization to "stand back and stand by." It is unclear what the president meant when he told the far-right hate group to "stand by."

"But I'll tell you what, somebody's got to do something about Antifa and the left, because this is not a right-wing problem," he said, referring to the leftist anti-fascist movement while refusing to condemn extremists that largely support him.

Trump has faced repeated criticism for his handling of white supremacy during his administration, particularly after a mass gathering in Charlottesville, Virginia that attracted hundreds of neo-Nazis and white nationalists.

One counter-protester died during the 2017 Unite the Right rally, and shortly after, Trump said there "were very fine people, on both sides."

Biden called the president a "racist" who employs "everything as a dog whistle to try to generate racist hatred, racist division." In a political context, dog whistle is used to refer to language that suggests a subtle message to a subset of its audience.

"This is not 1950. All these dog whistles on racism don’t work anymore. Suburbs are by and large integrated,” Biden said.

Biden has continued to maintain a comfortable lead in nationwide polling, putting the burden on Trump to dramatically shake up the status quo. It is yet unclear if either candidate was able to make major inroads among voters who have so far remained undecided.

Vice President Mike Pence and Senator Kamala Harris will face off next week on Oct. 7 in the sole vice presidential debate.

Trump and Biden will again take to the debate stage Oct. 15 and Oct. 22 in the final two presidential debates.