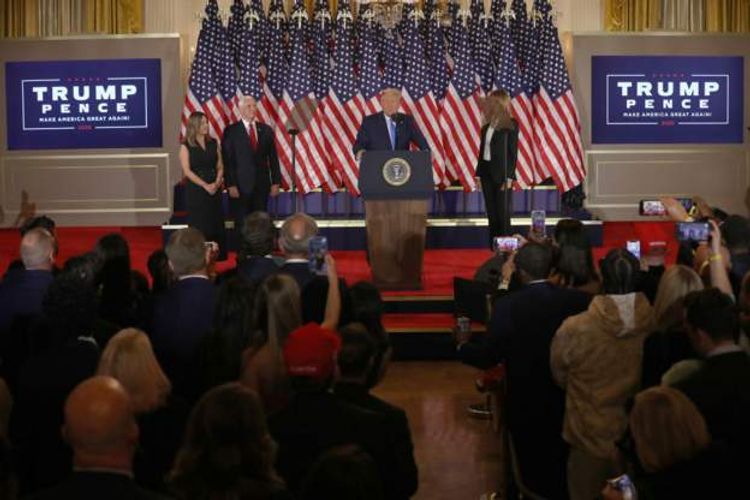 "Frankly we did win this election," he claims, speaking in subdued tone. He suggests - without evidence - that election "fraud" has occurred.

"This is an embarrassment to our country," he says, adding that he plans to go to the Supreme Court to fight election results.

Millions of votes in the 2020 election are yet to be counted and the president has no credibility in claiming a victory.