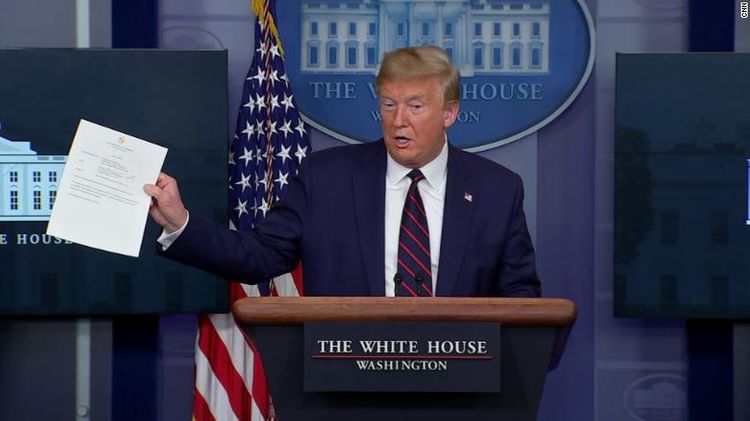 President Donald Trump on Thursday again tested negative for the coronavirus after being tested by the White House physician, according to two White House officials, APA reports citing Politico.

Trump was tested on Thursday morning using "a new, rapid point-of-care test capability" and the results came back negative in 15 minutes, according to a letter from the White House physician, Dr. Sean Conley. Conley also said Trump was healthy and doesn't have any symptoms.

"I did take a test that just came out. ... I went to work. I did not wait for it, but it took 14 minutes or something to come up with the conclusion. And it said the president tested negative for Covid-19," Trump said. "So that is the second one. I think I took it out of curiosity to see how quickly it worked and fast it worked. It is a lot easier. I've done them both. And the second one is much more pleasant, I can tell you that."

Lack of adequate test kits has bedeviled the Trump administration's response to the coronavirus, making it hard for public health officials and scientists to track the spread of the disease and see where hotspots are popping up.