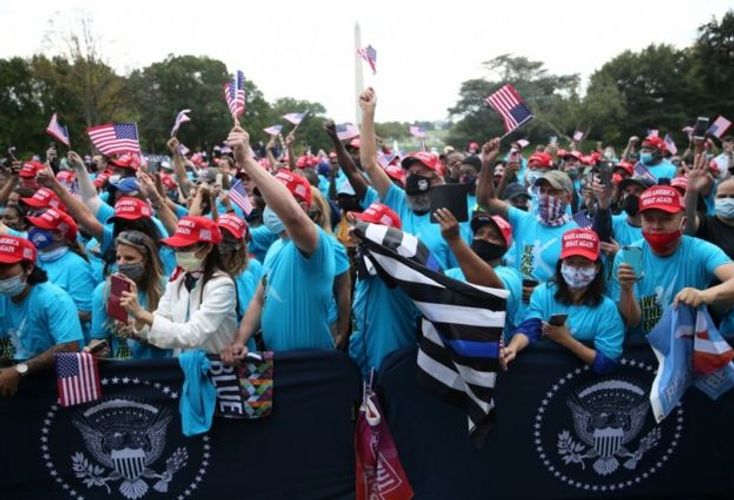 Donald Trump has delivered a speech in front of cheering supporters at the White House in his first public appearance since being hospitalized, APA reports citing BCB.

The event was officially a "peaceful protest", but looked, critics said, much like a Trump campaign rally.

The president, who says he is no longer taking medicines against Covid-19, told the crowd he was "feeling great".

The White House has not provided an update on the president's health since Thursday.

It is unclear whether the president remains contagious following his three-day hospital stay with Covid-19.

His rival in next month's presidential election, Joe Biden, has been campaigning in Pennsylvania. He said his "heart goes out" to all those families who have lost someone they love to coronavirus.

Polling suggests Mr Biden has a single-digit lead over Mr Trump and an ABC News/Ipsos poll found that just 35% of Americans approved of how Mr Trump has handled the coronavirus crisis.