Trump claims Soleimani was planning attacks on 4 US Embassies 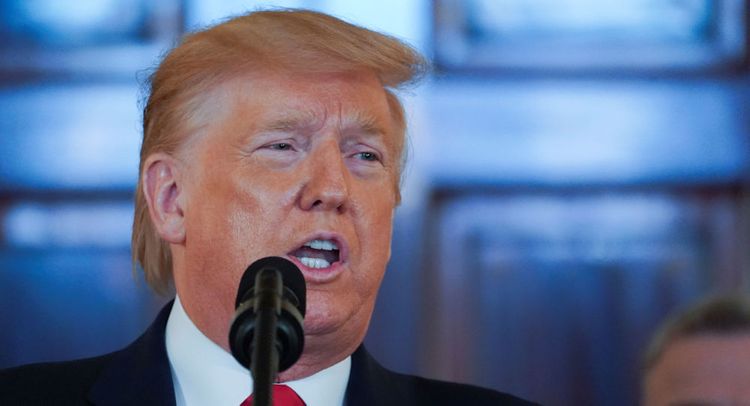 US President Donald Trump in an interview with Fox News said that top Iranian commander Qasem Soleimani was plotting attacks on four American embassies in the Middle East region before being assassinated by US forces, APA reports citing Sputnik.

"I can reveal that I believe it probably would've been four embassies," Trump said when asked whether large-scale attacks were planned against other embassies.

On Thursday, US President said that the US killed Soleimani to halt Iranian plans to blow up the US Embassy in Baghdad.

US Secretary of State Mike Pompeo said later that the US possessed no information about the date and place of an alleged attack planned by the assassinated general. Pompeo still insisted that Soleimani was going to conduct "imminent attacks."

On 3 January, Head of Iran's Islamic Revolutionary Guards Corps' Quds Force Qasem Soleimani was killed at Baghdad International Airport in a US drone strike on the orders of US President Donald Trump. Washington said that Soleimani was planning to attack US personnel and that by eliminating him "a lot of lives were saved".

Iran retaliated for the murder of its top commander with a missile attack that targeted the US military in Iraq. The attack was dubbed Operation Martyr Soleimani and hit the Ayn al-Asad Air Base in western Iraq and American facilities in Erbil. No US personnel were injured in the attack, according to Washington.