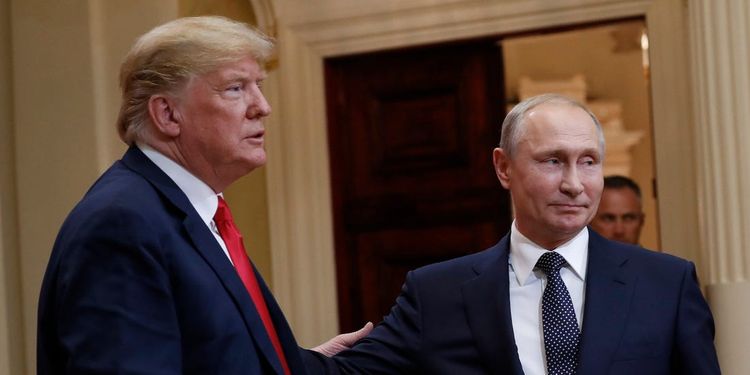 US President Donald Trump once again dismissed as a hoax US media reports alleging that a Russian military intelligence unit secretly offered bounties to Taliban-linked militants for killing US soldiers in Afghanistan, APA reports citing TASS.

"I read it (US intelligence briefings) all the time, I see them all the time. It was never brought to my attention. I think it’s another Russia hoax," the US leader said.

On June 26, the New York Times published an article claiming that a Russian military intelligence unit allegedly secretly offered bounties to Taliban-linked militants for killing coalition troops in Afghanistan. According to the daily, the intelligence finding was briefed to US President Donald Trump several months earlier, and the White House National Security Council (NSC) discussed the issue at an interagency meeting in late March.

Kremlin Spokesman Dmitry Peskov called these allegations a lie and a "total hoax."

On June 27, Russian Foreign Ministry labeled the initial publication on this issue as intentionally false. According to the Ministry, "that unpretentious fake news clearly illustrates low intellectual abilities of the US intelligence propagandists who have to come up with this nonsense instead of inventing something more credible."

On June 28, Trump tweeted that the US intelligence labelled the reports of the alleged Russian attempts to offer bounty to the Afghan militants for assassination of US servicemen as false. Trump said that The New York Times, which published the initial report, could have published "another fabricated Russia Hoax," in a bid to "make Republicans look bad."

Many senior US officials have since commented on those reports, admitting that they had found no evidence of them being true.

The Russian Supreme Court designated the Taliban movement as a terrorist group in 2003. The organization is outlawed on the territory of Russia.