US President Donald Trump has shared in his Twitter account the "self-explanatory" letter sent to Dr. Tedros Adhanom Ghebreyesus, who is the head of the World Health Organisation, in which he threatened to make the funding freeze permanent and "reconsider our membership" in the organisation if the agency "does not commit to major substantive improvements within the next 30 days", APA reports citing Spuutnik.

Trump lambasted the WHO for "ignoring the credible reports of the virus spreading in Wuhan" that "conflicted directly" with the Chinese government. He also accused the agency of "making claims" regarding the coronavirus "that were grossly inaccurate or misleading" and giving in to the alleged "pressure" applied by Chinese President Xi Jingping to not immediately proclaim the coronavirus outbreak an emergency.

"The only way forward for the World Health Organisation is if it can actually demonstrate  independence from China," the letter read.

Trump slammed the WHO for praising China "for its alleged transparency", insisting that "China has been anything but transparent".

"Even now, China continues to undermine the International Health Regulations by refusing to share accurate and timely data, viral samples and isolates, and by withholding vital information about the virus and its origins," the letter said.

Trump also referred in his letter to the example of the former Director-General of the WHO Harlem Brundtland, who "did not hesitate to criticise China for endangering global health by attempting to cover up the outbreak" and stressed that "many lives could have been saved" if this example was followed.

The WHO has insisted repeatedly that the response to the pandemic was given timely and accurately.

China, in its turn, has vehemently denied all accusations of data concealment and that it downplayed the COVID-19 threat, slamming the allegations as politicised and releasing a document in which it "dispels the myths" spread by the US media and politicians. It was also one of the first country to have the majority of COVID-19 patients recovered and the imposed restrictions lifted.

The accusations against China were fuelled by some members of Trump administration and the President himself, who, along with other guesses, alleged that the virus may have originated from the Wuhan lab, which was dismissed by the scientists and never proved by the US.

In April, Donald Trump has halted the financing of the World Health Organisation by the United States, citing accusations of the agency being "China-centric". 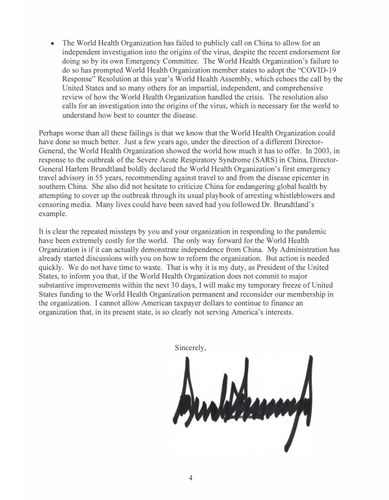 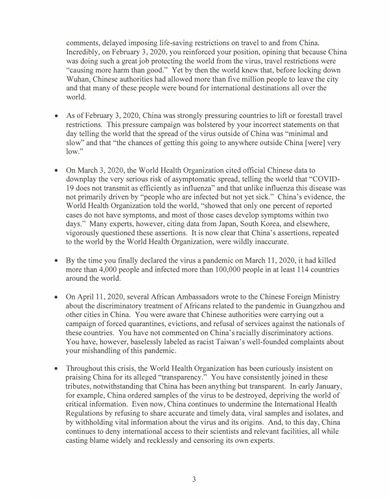 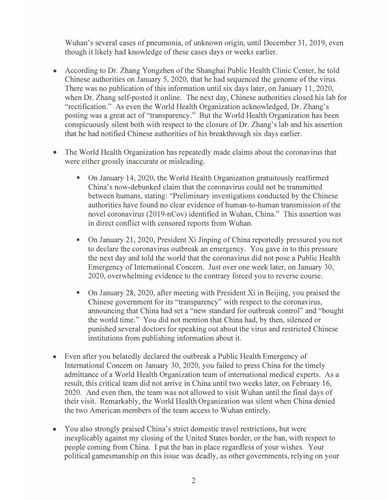 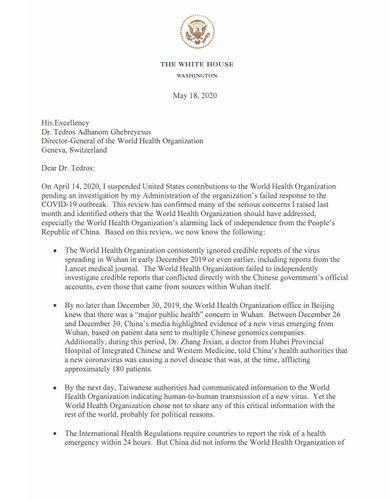