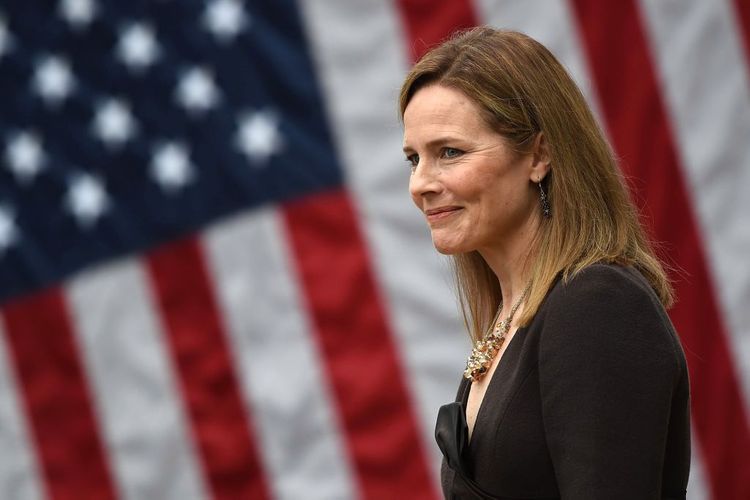 US President Donald Trump has nominated Amy Coney Barrett, a favourite of social conservatives, to be the new US Supreme Court justice, APA reports citing BBC.

Speaking by her side at the White House Rose Garden, Mr Trump described her as a "woman of unparalleled achievement".

The nomination will spark a bitter confirmation fight in the Senate as November's presidential election looms.

Announcing Judge Barrett as his nominee on Saturday, President Trump described her as a "stellar scholar and judge" with "unyielding loyalty to the constitution".

Democratic presidential candidate Joe Biden urged the Senate not to "act on this vacancy until after the American people select their next president and the next Congress".

"The United States Constitution was designed to give the voters one chance to have their voice heard on who serves on the Court. That moment is now and their voice should be heard," he said.

If Judge Barrett is confirmed, conservative-leaning justices will hold a 6-3 majority on the US's highest court for the foreseeable future.

The 48-year-old would be the third justice appointed by the current Republican president, after Neil Gorsuch in 2017 and Brett Kavanaugh in 2018.