Trump reveals reasons for Coronavirus: "China either made a terrible mistake or probably it was incompetence" 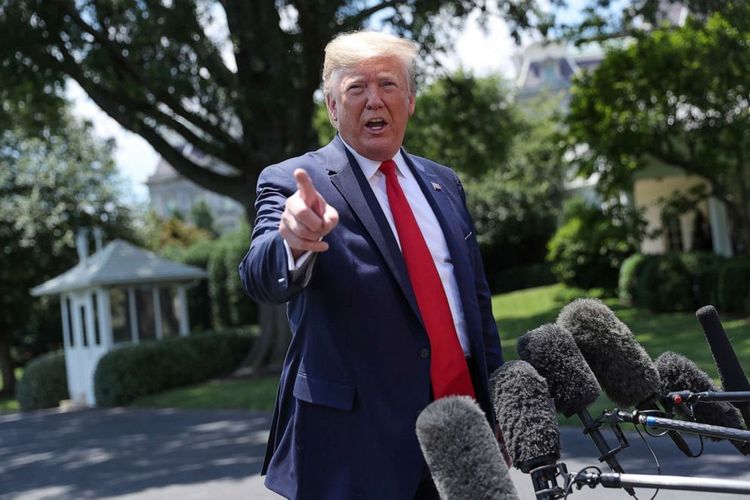 The spread of the deadly coronavirus across the globe from China was either a terrible mistake on the part of the Chinese or probably it was incompetence, US President Donald Trump said on Thursday, APA reports.

"Either they made a terrible mistake -- probably it was incompetence. Somebody was stupid and they did not do the job that they should have done. It is too bad," the president said in response to a question.

The deadly virus has spread to over 180 countries, Trump pointed out.

Meanwhile, House Republican Leader Kevin McCarthy announced the formation of the China Task Force, which will bring together select members from key committees to help reinforce Congressional efforts to counter the current and emerging cross-jurisdictional threats from China.

The task force was originally designed to be a joint effort with Democrat colleagues, but after delaying for more than a year, the majority never launched the initiative, the Republican leader said.

"As we learn more about COVID-19, one thing has become clear -- China's coverup directly led to this crisis. The Communist Party of China hid the seriousness of the disease, led a propaganda campaign blaming the US, used their supplies to exert influence and continue to refuse international experts to investigate what happened," McCarthy said.

"It follows the same threatening pattern of behaviour we have seen from the Chinese Communist Party for years -- something that has long been the bipartisan consensus in Washington," he added.

In a related development, 27 members of the Senate and House condemned Chinese Ambassador Cheng Jingye's comments and expressed support for Australia's decision to pursue the investigation.

The comments insinuated that Australia may face economic retaliation after calling for an independent investigation into the origins of the coronavirus, including boycotts of Australian wine and beef.

"This incident is part of a broader and concerning pattern from the Chinese government," the lawmakers said in a statement.

"As we continue to confront this deadly disease and its consequences, we will be faced with many tough decisions, including those that may arise from the Chinese government's continued lack of cooperation and transparency. One decision that is not difficult is to always stand with our Australian mates. No matter the external pressure or coercion, we will always have Australia's back, just as Australia has always had ours," they said.