Trump says US will have ‘substantially under’ 100,000 deaths from coronavirus 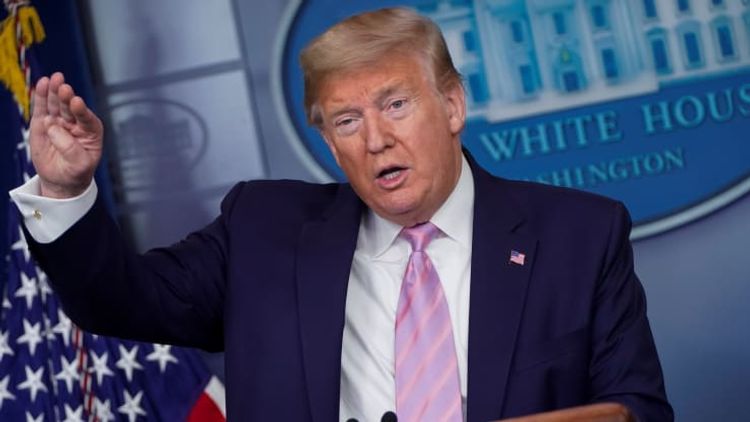 President Donald Trump said Friday that the projected number of deaths related to the coronavirus will be “substantially under” early estimates that indicated 100,000 people in the U.S. could die from COVID-19, APA reports citing CNBC.

“The minimum number was 100,000 lives and I think we’ll be substantially under that number,” Trump said during a White House press conference. “Hard to believe that if you had 60,000, you can never be happy, but that’s a lot fewer than we were originally told and thinking.”

Trump said early estimates indicated the U.S. could have 100,000 to 220,000 deaths from the coronavirus and up to 2.2 million if the U.S. didn’t take any action to control the pandemic. He said states like New York have recently reported declining hospital admissions and nationwide the number of new cases is flattening, “substantially suggesting we’re near the peak.” He added that hard-hit cities like Detroit and New Orleans appear to be stabilizing.

“We’ll see what it ends up being, but it looks like we’re headed to a number substantially below the 100,000 that would be the low mark, and I hope that bears out,” Trump said.

Trump said the U.S. is getting to the point where people can start considering doing elective surgeries or nonessential operations.

White House coronavirus task force coordinator Dr. Deborah Birx said that a lot of improvements have been made in the New York City area, which for a time accounted for over half of the cases in the U.S. Birx said cases are still occurring in the Boston and Chicago areas, but their rate of increase in cases also seems to be stabilizing.