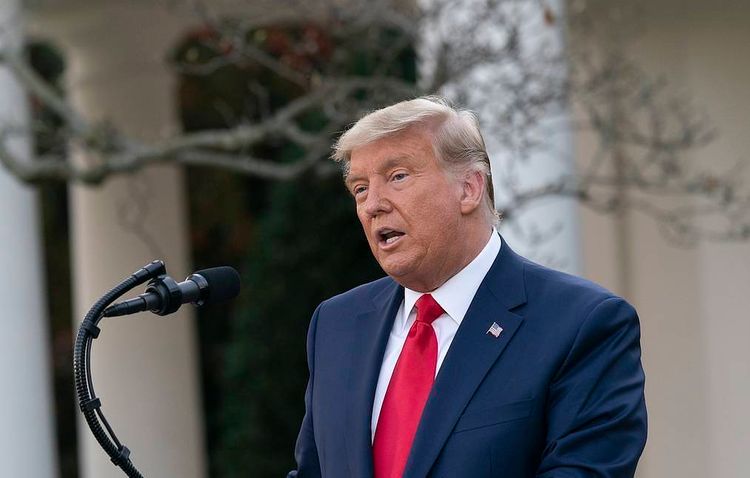 US President Donald Trump has tweeted that he will not concede the November 3 vote and that Democrat Joe Biden won only in the eyes of the "fake news media," APA reports citing TASS.

"He [Biden] only won in the eyes of the FAKE NEWS MEDIA. I concede NOTHING! We have a long way to go. This was a RIGGED ELECTION!" Trump wrote on Twitter on Sunday.

Earlier Trump said that Biden had won because the vote was rigged. His words were estimated by numerous US media outlets as Trump’s acknowledgement of the Democrat’s win.

Twitter marked Trump’s posts with "This claim about election fraud is disputed."

Nevertheless, on Friday the Republican president said that "who knows" who would head the administration in the future.